By: StockMarket.com
Stock Futures Edge Higher On The Broad-Based Momentum In The Current Market

With the U.S. stock futures gaining in the early hours of Wednesday, signaling that stocks are heading higher into the first trading day of September. This comes as major indices recorded gains in August. In fact, the S&P 500 rose 20.4% over the first eight months of the year, its strongest since 1997.

Investors are generally optimistic about the broader state of the economy with strong backing from corporate earnings. And Federal Reserve Chairman Jerome Powell on Friday also did not provide further updates to the Fed’s tapering timeline. After considering all of this, investors may be wondering if now is a prime time to invest in the stock market.

Well, LPL Financial Group (NASDAQ: LPLA) Chief Market Strategist Ryan Detrick seems to believe so. According to Detrick, any weakness seen in September could result in a “short-term and contained” correction in the “5-8% range”. He added, “This bull market is alive and well and we would view any potential weakness as an opportunity.” As of 7:02 a.m. ET., the Dow, S&P 500, and Nasdaq are edging up by 0.33%, 0.34%, and 0.22% respectively.

PubMatic (NASDAQ: PUBM) is having a particularly solid week in the stock market now. This would be evident seeing as PUBM stock surged by over 6% during intraday trading yesterday. For the most part, all of this would be thanks to analyst coverage from the Australian investment banking firm, Macquarie. Before diving into the details, it is important to note that PubMatic is a major name in the ad tech industry. Simply put, the company develops and implements online advertising software. The likes of which are used in the digital publishing and advertising industry. With the digital space becoming an increasingly relevant ad space, PubMatic’s services would be in demand. 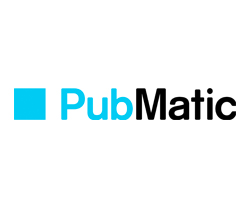 Now, the current attention around PUBM stock is likely thanks to Macquarie’s Outperform rating. Additionally, the firm also hit PUBM stock with a price target of $37. This would indicate potential gains of 26% over its current price of $29.15 as of Tuesday’s market close.

According to Macquarie analyst Tim Nollen, PubMatic benefits from “a strong advertising backdrop in which traditional advertising is shifting to digital, open Internet players are gaining share from walled gardens, and ad spend is consolidating around fewer SSPs [Supply-Side Platforms].” Whether all this means PUBM stock could still have room to run this year remains to be seen.

Cybersecurity titan CrowdStrike (NASDAQ: CRWD) reported its second-quarter fiscal after yesterday’s closing bell. In detail, the company posted earnings per share of $0.11 on revenue of $337.7 million for the quarter. This would mark massive year-over-year surges of 222% and 70% respectively. Moreover, CrowdStrike also saw both its subscription revenue and annual recurring revenue soar by over 70% over the same time. These figures are impressive and would be in line with the current trends in the cybersecurity space now. Regardless of the current state of the economy, I could see long-term demand for CrowdStrike’s cloud security services persist.

CEO George Kurtz had this to say, “The success of our platform strategy and our growing brand leadership has led to a groundswell of customers turning to CrowdStrike as their trusted security platform of record. We believe that our extensible Falcon platform, purpose-built to leverage the power of the cloud, collecting data once and reusing it many times, is a fundamental cornerstone to building a durable growth business over the long-term.” Despite all of this, CRWD stock appears to be taking a breather from its all-time high seen earlier this week. Would now be the time to jump on the company’s shares?

For one thing, CrowdStrike specializes in artificial intelligence (AI) cybersecurity. Through its industry-leading endpoint security services, CrowdStrike provides coverage for a massive array of devices. Notably, this ranges from consumer home electronics to organizations and businesses alike. Given the wave of digital acceleration efforts over the past year, CrowdStrike’s offerings could remain relevant. Given all of this, some would argue that CRWD stock has more room to grow moving forward. 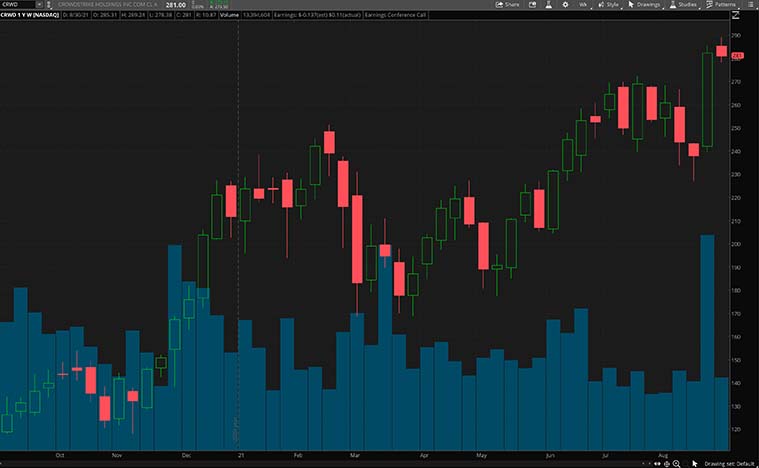 Chewy (NYSE: CHWY) is set to release its third-quarter fiscal report after today’s closing bell. In brief, the Florida-based company is a leading name in the pet product e-commerce market. From pet food to toys and even pet pharmaceuticals, Chewy’s platform has it all. More importantly, Chewy delivers straight to pet owners’ doors across the U.S. now. In fact, the company is now partnering with over 3,000 trusted and high-quality brands to bring its customers best-in-class options for their pets. 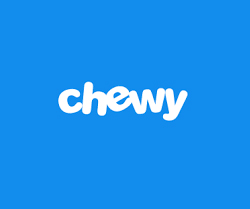 With all this in mind, should investors be keeping an eye on CHWY stock today? Well, if anything, Wells Fargo (NYSE: WFC) seems to believe so. Namely, the firm expects Chewy to post yet another strong quarter in terms of revenue. Analysts also note that data from SimilarWeb, a digital intelligence provider, suggests that Chewy’s overall visits grew significantly throughout the quarter. All in all, analyst Brian Fitzgerald hit CHWY stock with an Overweight rating and a price target of $120. This would mark a premium of about 36% over its current price point of $88.12 as of Tuesday’s closing bell.

Rosy analyst coverage aside, Chewy does not seem to have plans of slowing down anytime as well. Just last week, CEO Sumit Singh said that Chewy is looking to create “amplifying experiences” that encourage consumers to come back. Evidently, we can see that this strategy continues to benefit Chewy from its previous quarter fiscal. In it, the company raked in a total revenue of $2.14 billion, marking a sizable 31% year-over-year jump. Additionally, it also saw year-over-year surges of 180% in net income and 175% in earnings per share as well. Should the company continue its hot streak this quarter, CHWY stock could be in focus.

Even with this earnings season coming to a close, there is no shortage of companies reporting results today. By and large, the current earnings season would reflect the current broad-based strength across industries today. Should you be keen on companies reporting earnings pre-market, there are several to note. They include the likes of Campbell Soup (NYSE: CPB), Conn’s (NASDAQ: CONN), Vera Bradley (NASDAQ: VRA), and Dycom (NYSE: DY) among others.

Following that, should you be more interested in post-market earnings calls, tech appears to be today’s theme. This would be the case as C3.Ai (NYSE: AI), Okta (NASDAQ: OKTA), Veeva (NYSE: VEEV), and Nutanix (NASDAQ: NTNX) are on tap. Not to mention, EV charging station developer ChargePoint (NYSE: CHPT) would also be a name to consider in the post-market session. Overall, whether it is reviewing recent earnings reports or watching out for upcoming ones, there is plenty to keep you busy as we kick start the stock market today.