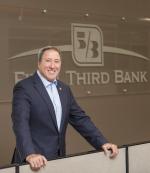 As part of its commitment to be a leader in sustainability, Fifth Third Bank, National Association, today announces that it has joined the Ceres Company Network. By joining, Fifth Third has become part of a network of 60 companies who commit to achieving robust sustainability goals, improving resiliency in their operations and supply chains, and advancing market-based and equitable solutions to the world’s biggest sustainability challenges.

“Joining the Ceres Company Network is another major step forward in our commitment to lead among regional banks in transitioning to a more sustainable future,” said Fifth Third Chairman and CEO Greg D. Carmichael. “It will be a privilege to work with many of the world’s most sustainable companies as we tackle the problems we face, and, together, work to fully realize the potential we have to positively impact our planet and its people.”

The Ceres Company Network provides members with unique access to Ceres experts and a range of peers and stakeholders, including investors and policymakers, to gain various perspectives and guidance in sustainability at this critical time. Members are given clear insight into best practices for achieving sustainability goals as detailed in the Ceres Roadmap 2030. Ceres released the 10-year action plan last year to help companies tackle the world’s most critical sustainability needs - to stabilize the climate, protect water and natural resources and build a just and inclusive economy—and thrive in the accelerated transition to a just, sustainable, net zero emissions future.

“We are excited to welcome Fifth Third Bank into the Ceres Company Network,” said Mindy Lubber, Ceres CEO and president. “The banking sector has a pivotal role to play in tackling the world’s biggest sustainability challenges and accelerating the transition to a more sustainable future. We look forward to working with Fifth Third as it integrates stronger sustainability practices into the bank’s strategy and its work with clients.”

Joining the Ceres Company Network follows Fifth Third’s achievement of carbon neutrality for its own 2020 operations (Scope 1, Scope 2 and business travel under Scope 3), which made Fifth Third the first bank in its peer group to mark that achievement. It also comes as the Bank has committed to measuring and ultimately reducing emissions in certain client portfolios, aided by its joining of the Partnership for Carbon Accounting Financials.

Fifth Third has announced six bold sustainability goals, including a five-year, $8 billion sustainable finance goal announced in 2020. It has achieved three of its five sustainability goals announced in 2017, including using 100% renewable power, reducing water use by 20% and reducing greenhouse gas emissions by 25%. In addition to these goals, Fifth Third has maintained its A- Climate Leadership Score from CDP in 2020 and established a national renewable energy finance center of excellence in 2018.

Ceres is a nonprofit organization working with the most influential capital market leaders to solve the world’s greatest sustainability challenges. Through our powerful networks and global collaborations of investors, companies and nonprofits, we inspire action and drive equitable market-based and policy solutions throughout the economy to build a just and sustainable future. For more information, visit ceres.org and follow @CeresNews on Twitter.

Fifth Third Bancorp is a diversified financial services company headquartered in Cincinnati, Ohio, and the indirect parent company of Fifth Third Bank, National Association, a federally chartered institution. As of March 31, 2021, Fifth Third had $207 billion in assets and operated 1,098 full-service banking centers and 2,383 ATMs with Fifth Third branding in Ohio, Kentucky, Indiana, Michigan, Illinois, Florida, Tennessee, West Virginia, Georgia, North Carolina and South Carolina. In total, Fifth Third provides its customers with access to approximately 53,000 fee-free ATMs across the United States. Fifth Third operates four main businesses: Commercial Banking, Branch Banking, Consumer Lending and Wealth & Asset Management. Fifth Third is among the largest money managers in the Midwest and, as of March 31, 2021, had $464 billion in assets under care, of which it managed $58 billion for individuals, corporations and not-for-profit organizations through its Trust and Registered Investment Advisory businesses. Investor information and press releases can be viewed at www.53.com. Fifth Third’s common stock is traded on the Nasdaq® Global Select Market under the symbol “FITB.” Fifth Third Bank was established in 1858. Deposit and Credit products are offered by Fifth Third Bank, National Association. Member FDIC.