By: StockMarket.com
Should Investors Be Watching These Top Cyclical Stocks Right Now?

In today’s stock market, cyclical stocks appear to be the name of the game. Now, most investors are likely aware of the overall appeal towards cyclicals as the economy recovers. This would be the case seeing as companies in this sector offer consumer discretionary services. Subsequently, investors received more positive news this morning as the U.S. gross domestic product (GDP) continues to rise. Particularly, the nation’s GDP is up by a seasonally adjusted annual rate of 6.4% as of Q1 2021. When you consider the boost in consumer spending thanks to stimulus checks, this makes sense. After all, a rise in consumer demands would incentivize businesses to kick into high gear, increasing overall output. Not to mention, with the current pace of vaccinations nationwide, cyclical tailwinds could continue well into 2021.

We only need to look at restaurant giants such as McDonald’s (NYSE: MCD) and Starbucks (NASDAQ: SBUX) to see this. Namely, both companies are reportedly seeing their businesses return to pre-pandemic levels, as per their earnings reports. In the case of McDonald’s, the company saw its global comparable sales growth surpass 2019 levels. At the same time, companies in the travel industry appear to be on the uptrend as well. For example, cruise ship stocks like Carnival Cruise (NYSE: CCL) would be a viable reopening play right now. Seeing as cyclical stocks seem to be heating up across the board right now. Take a look at these four trending names on the stock market now.

Cyclical Stocks To Watch Ahead Of May 2021Nike Inc.

Nike is a multinational corporation that develops and sells apparel, equipment, footwear, and accessories. To start things off, the company is one of the largest suppliers of athletic shoes and apparel in the world. It is also one of the most valuable brands among sports businesses. As of 2020, it employs over 76,000 people worldwide and made a revenue of over $37.4 billion in its fiscal year 2020. NKE stock currently trades at $133.77 as of 1:02 p.m. ET. 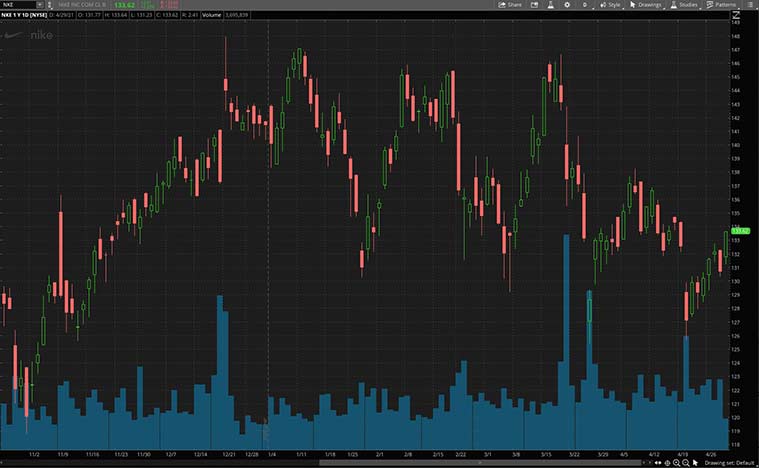 Last month, the company reported its fiscal 2021 third-quarter results. Firstly, it reported a revenue of $10.4 billion, up by 3% year-over-year. Direct sales were $4 billion for the quarter, up by 20% on a reported basis.

Unsurprisingly, Nike’s digital sales soared by an impressive 59% with strong double-digit growth in all geographies. Despite being hit hard by the pandemic last year, the company has been investing significantly in its e-commerce platform. Given how Nike’s brand momentum is as strong as ever, it continues to drive focused growth on its largest opportunities. With that in mind, will you watch NKE stock?

[Read More] Best Stocks To Buy Now? 4 Growth Stocks To Watch Before May 2021

Qualcomm is a multinational cyclical company that is headquartered in California. It creates semiconductors, software, and services related to wireless technology. Today, its foundational technologies enable the mobile ecosystem and its products are found in every 3G, 4G, and 5G smartphone. QCOM stock currently trades at $141.43 as of 1:02 p.m. ET and has been up by over 75% in the last year. The company had just reported its second-quarter financials yesterday. 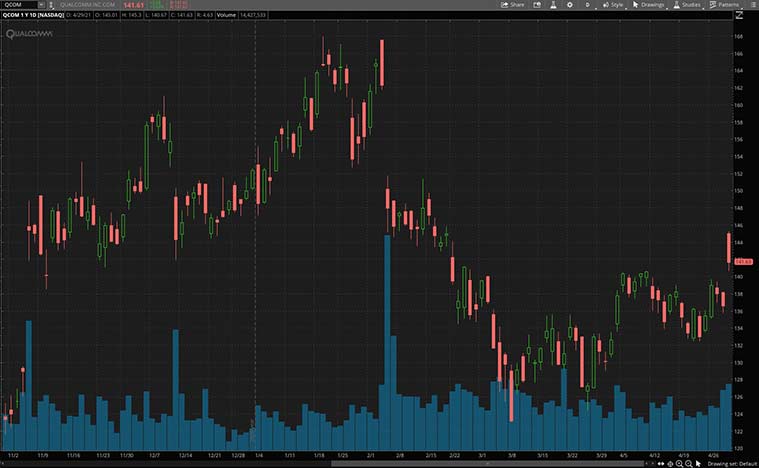 In detail, it reported a revenue of $7.9 billion for the quarter, a 52% increase year-over-year. Net income for the quarter was $1.76 billion, a whopping 276% increase compared to a year earlier. Qualcomm also posted a diluted earnings per share of $1.53 for the quarter. The company said that it delivered another quarter of growth that was driven by the sustained demand for smartphones globally. It also attributed this successful quarter to its ability to increase the scale of its non-handset revenues. All things considered, will you buy QCOM stock?

GameStop is a Fortune 500 company that is headquartered in Texas. The company is a leading specialty retailer that offers games and other entertainment products through its e-commerce properties and stores. The company is in the midst of rapid transformation given its developments since the start of the year. GME stock currently trades at $173.13 as of 1:02 p.m. ET and has been up by a mind-blowing 900% year-to-date. 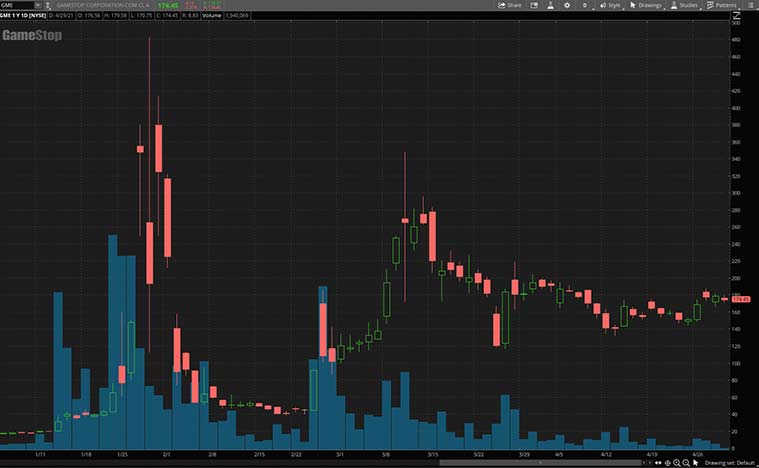 Earlier this month, the company announced its chief executive officer succession plan. Ryan Cohen, incoming Chairman of the Board, commented, “GameStop appreciates the valuable leadership that George has provided throughout his tenure. He took many decisive steps to stabilize the business during challenging times. The Company is much stronger today than when he joined.”

The company also announced a slate of director candidates for its 2021 annual meeting of stockholders. The candidates include Larry Cheng. Larry focuses on disruptive companies in e-commerce and gaming, making him a prime candidate for the company moving forward. With that being said, will you consider watching GME stock?

Another top cyclical stock to know now would be Home Depot (HD). In brief, HD is the largest home improvement retailer in the U.S. The company boasts 2,298 stores across the U.S., Puerto Rico, Guam, Canada, and Mexico in terms of scale. Through all of these locations, HD provides consumers with tools, construction products, and related services. If anything, home improvement trends could maintain their current momentum given the overall improvements in the economy now. Could this make HD stock worth investing in? 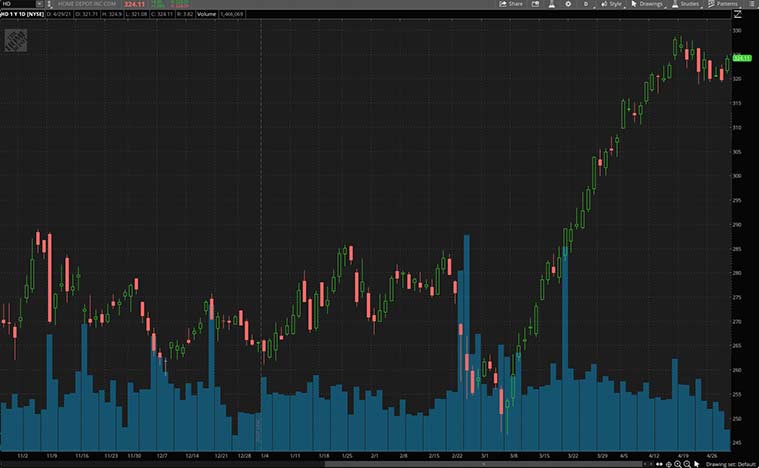 Well, for one thing, HD is not sitting idly, to say the least. As of today, HD is offering new natural disaster preparedness resources to its customers. This includes workshops, supplies with step-by-step assembly guides, and other online services. This move is a timely one indeed. Why? Well, the Federal Emergency Management Agency (FEMA) recognizes May as National Wildfire Preparedness Month. Additionally, FEMA also notes May 9 to 15 as National Hurricane Preparedness Week.

In theory, all this would appeal to homeowners living in natural disaster-prone regions. From this, it is clear that HD appears keen on staying relevant by meeting the shifting needs of its customers. Could this make HD stock worth adding to your May watchlist now?