By: Delek US Holdings, Inc. via PR Newswire

BRENTWOOD, Tenn., April 12, 2021 /PRNewswire/ -- Delek US Holdings, Inc. (NYSE: DK) ("Delek") today issued a statement in connection with the proxy contest launched by CVR Energy, Inc. ("CVR"), a company controlled by Carl Icahn that is a competitor to Delek.

Delek separately filed today with the SEC a letter to shareholders and a fact sheet setting the record straight regarding recent misleading statements by CVR/Icahn. The shareholder letter and fact sheet can be found on the Delek website at ir.delekus.com/proxy-materials.

CVR acquired a 15% stake in Delek last year, initially stating that it wanted to acquire Delek. Most recently, CVR launched a proxy contest to replace Delek Directors with three longstanding friends and former colleagues of CVR CEO David Lamp. It is no surprise that CVR appears to be using Carl Icahn's decades old playbook of nominating friends and colleagues and making a range of misleading statements and half-truths to 'see what sticks' as it seeks to get its nominees elected. Here are the facts:

Icahn/CVR's investment in Delek is barely a year old, and now they want us to take actions that are not in the best interests of Delek shareholders in order to fund the repurchase of their shares. This is a classic Icahn tactic from his long history of self-interested demands, but this path does not make sense for Delek shareholders.

Nonetheless, Icahn/CVR outlined an agenda for Delek to change its business strategy as the predicate for their proxy fight. The Board and management team of Delek reviewed all of the actions proposed in the Icahn/CVR agenda with the assistance of outside advisors.

However, Icahn/CVR do not seem to want a truly independent assessment of their proposals. They selected three director nominees who have longstanding relationships with CVR CEO David Lamp and who worked with Lamp for years. They expect Delek shareholders to believe that these nominees, when evaluating Icahn/CVR business proposals, are the best directors to defend Delek shareholder value.

The fact is: Delek has been analyzing these actions long before Icahn/CVR arrived, consistent with Delek's track record of active portfolio transformation. Icahn/CVR's proposed actions clearly benefit CVR to the detriment of other Delek shareholders – from shutting down operations in regions where Delek competes with CVR to hastily divesting assets to fund the buyback of CVR's Delek shares. We will continue to analyze a range of strategic actions – but consistent with our record of discipline, we will execute on them only if and when they will drive optimal value for Delek shareholders.

The Icahn/CVR campaign and nominees are not good for Delek shareholders.

We are confident that by continuing to prioritize our commitment to peer-leading return of capital, efficient operations and cost reductions, strong financial flexibility, and the development of our integrated and synergistic portfolio with increasingly stable cash flows, we will continue to drive and maximize value for all Delek shareholders and remain an industry leader. By contrast, CVR, a competitor whose interests are not aligned with those of Delek's shareholders, is pursuing tactics from the Icahn playbook to advance their self-serving agenda.

We urge shareholders not to be misled by CVR's claims and to vote "FOR" all of the Company's highly qualified directors on the WHITE proxy card or voting instruction form TODAY to protect your investment. Shareholders are urged to discard any "gold" proxy materials sent by CVR and to only vote using the WHITE proxy card.

DO NOT BE MISLED — we are aware that CVR has sent emails to investors that are unclear in their origin because they do not identify CVR as the sender, and therefore, these emails may appear to be from Delek. We want to make sure your vote is counted accurately. The Delek nominees are listed on the WHITE proxy card. If you have already returned a gold proxy card, you can change your vote by signing, dating, and returning a WHITE proxy card. Only your latest dated proxy card will be counted.

Your Vote Is Important, No Matter How Many or How Few Shares You Own

You can vote by Internet, telephone or by signing and dating the WHITE proxy card and mailing it in the envelope provided.

If you have any questions about how to vote your shares, or need additional assistance, please contact:

REMEMBER:
We urge you NOT to vote using any Gold proxy card sent to you by CVR, as doing so will revoke your vote on the WHITE proxy card.

Delek has filed a definitive proxy statement on Schedule 14A and form of associated WHITE proxy card with the Securities and Exchange Commission ("SEC") in connection with the solicitation of proxies for the Company's 2021 Annual Meeting (the "Definitive Proxy Statement"). Delek, its directors and certain of its executive officers and employees may be deemed to be participants in the solicitation of proxies from the company's shareholders in connection with the matters to be considered at the Company's 2021 Annual Meeting. BEFORE MAKING ANY VOTING DECISION, DELEK SHAREHOLDERS ARE STRONGLY ENCOURAGED TO READ ALL RELEVANT DOCUMENTS FILED WITH OR FURNISHED TO THE SEC, INCLUDING THE COMPANY'S DEFINITIVE PROXY STATEMENT AND ANY SUPPLEMENTS THERETO AND ACCOMPANYING WHITE PROXY CARD, BECAUSE THEY WILL CONTAIN IMPORTANT INFORMATION.

2 "Product demand trends have been positive, vaccination is progressing, TSA numbers are improving, gasoline demand data is moving in the right direction, and increasing drilling activity in the Permian should be positive for diesel demand in Delek's backyard." – Mizuho, 3/17/2021. "Delek US Holdings (DK) remains our favorite SMID-cap refiner." – Raymond James, 3/3/2021. Permission to use quotations neither sought nor obtained.

4 Total Unitholder Return calculated based on price performance of unit from 11/2/12 to 4/9/21 and assumes all distributions are reinvested. 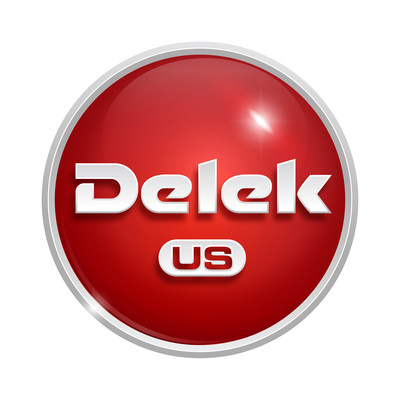