By: Penny Stocks to Buy, Picks, News and Information | PennyStocks.com - Feed
Are These On Your List Of Penny Stocks To Buy Or Avoid Right Now?

The alternative energy industry is evolving & emerging companies – including penny stocks – could benefit. There are many alternative energy types to take a look at if you are interested in the sector. Some of these include solar power, uranium, and electric cars. Alternative or renewable energy refers to efficient energy types while not using fossil fuels to power them.

On Wednesday, something huge happened that could impact alternative energy penny stocks this year. President Biden proposed a $2 trillion plan to reshape the economy. Included in this plan is for Congress to extend incentives on the electric vehicle market. In addition to this, detailed is more budget for charging infrastructure and also electric school busses. The proposed plan also has its sights set on climate change.

President Biden is also urging for the modernization of power grids. He wants to reach 100% carbon pollution-free power by 2035. These all seem like great advancements for the alternative energy sector.

As a result of these announcements, many alternative energy penny stocks are performing well in the market. Once these things start to go into effect, it could be great for green energy penny stocks. Some have already seen an uptick as a result of this new proposed bill. If you are looking for green penny stocks right now, let’s take a look at four. Then I’ll leave it up to you to decide if they’re the best ones to buy right now or avoid heading into April.

This first alternative energy penny stock, Denison Mines Corporation, has had a quite positive year. Denison is a uranium exploration and development company. Its main project is the Wheeler River Uranium project located in the Athabasca Basin region in Saskatchewan.

Uranium is a form of alternative energy that has caused its related stocks to go up in value. The price and demand for uranium have risen quite a bit in the last year. On March 29th, Denison announced filing its annual report on Form 40-F with the U.S. Securities and Exchange Commission. This includes its audited financial statements for 2020, management discussion, and analysis. Since this update, DNN stock price has increased by 5%.

Denison has also announced the closing of $86.3 million in financing. It issued 78,430,000 units of the company at $1.10 per unit for these proceeds. The proceeds are to be used for funding the purchase of uranium concentrates for long-term investing purposes.

The intention is for the investment to support future financing or construction at its 90% owned Wheeler River Uranium Project. DNN stock price has nearly tripled in the last 6 months. Its recent uptick can also be attributed to this new proposed government plan as well. 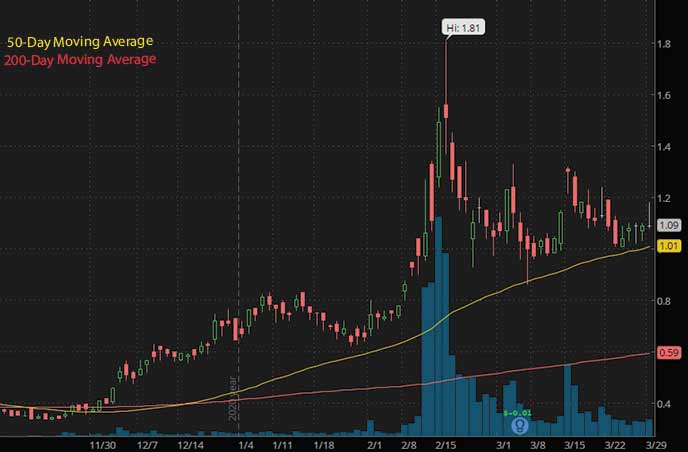 In the last month, Ocean Power Technologies has had its fair share of ups and downs in the market. This company specializes in the development and commercialization of renewable electricity generating systems using ocean waves. When March 5th came around, it essentially kicked off the future momentum of OPTT stock for the rest of the month. The company released its third-quarter fiscal year 2021 results.

The company had quite a few advancements during this quarter. Ocean Power acquired 3Dent technology, which will add offshore engineering and design services and an established project and customer base. It also has planned its first OPT PowerBuoy remote system. This system provides clean and reliable electric power for remote offshore and subsea applications. This technology is associated with the oil and gas sector and the defense and security sector.

Despite these highlights, Ocean Power Technologies experienced a revenue loss and net loss in its fiscal Q3 2021. However, it did manage to record earnings per share growth compared to its fiscal Q3 2020. Ocean Power came in with a loss per share of 9 cents, which was significantly better than the 46 cent loss from the prior year’s quarter. In regards to its financial situation, the President and CEO of the company, George H. Kirby, stated, “A key goal for us this year was to bolster our financial position, improve our liquidity and reduce our capital risk, and we believe that we’ve made great strides towards those efforts.”

Given the focus on alternative and renewables, Ocean Power could be one of the names to keep track of heading into the second quarter. 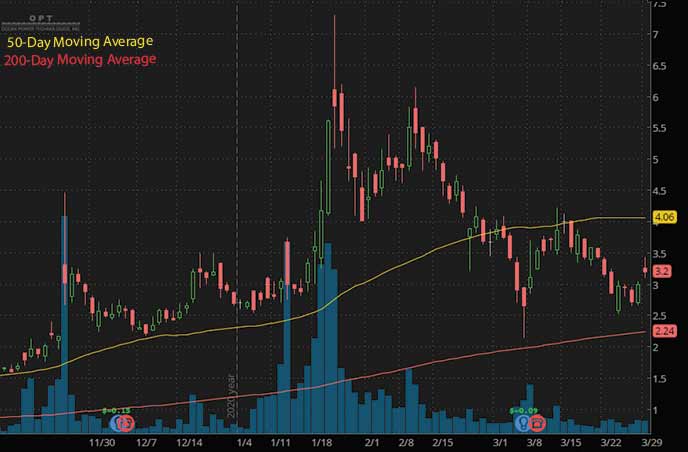 Here we are again with another alternative energy penny stock that has seen significant performance over last year. Torchlight Energy Resources was an oil and gas company. However, it is now working towards meeting regulations to consummate its previously announced business combination with Metamaterial Inc. It develops high-performance materials and nanocomposite products used in things like solar energy and auto applications.

In an update a few weeks ago, Torchlight announced that it’s expecting this deal to close in Q2. Metamaterial announced that its shareholders had approved the special resolution relating to the Arrangement at Metamaterial’s annual general and special meeting. With this, Torchlight could make the transition from fossil fuels to renewable energy. The move could position the company to take advantage of the recent initiatives that the Biden administration has outlined. 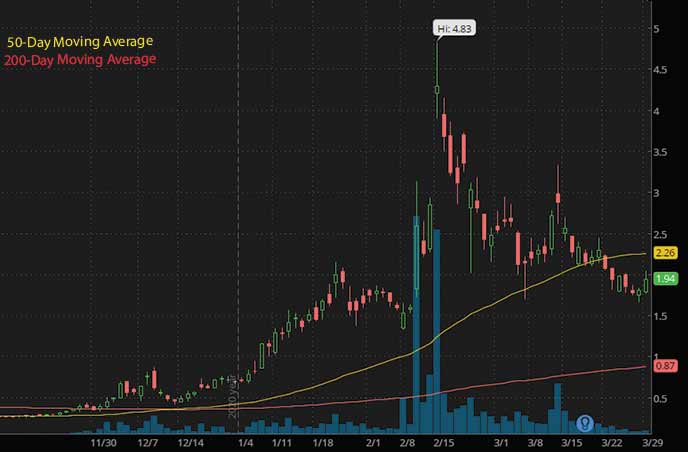 The final energy penny stock to watch just saw a massive price increase. SunHydrogen is a solar technology company based in California. It is developing solar-powered nanoparticle systems to act as photosynthesis, to separate hydrogen from water. There are a couple of reasons that this green energy penny stock is performing well.

This week SunHydrogen announced that it would partner with InRedox to produce material components for GEN 2 manufacturing. SunHydrogen will be given insights to evaluate and demonstrate the scalability of the processes it takes part in.

Biden’s new proposed plan could be a huge reason why this renewable energy penny stock has gained some momentum. If Biden intends on reaching 100% clean energy by 2035, it would need a large increase of solar power. One analyst believes the solar industry would need to install 150 gigawatts more of generating capacity above the projections. This is 50% more solar than has ever been installed by the solar industry.

Given its ability to produce renewable hydrogen using solar tech, there are a few different angles to look at when it comes to SunHydrogen. 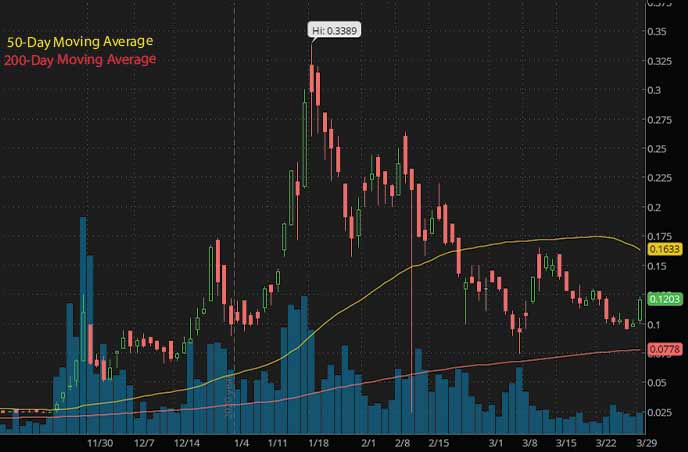