By: Penny Stocks to Buy, Picks, News and Information | PennyStocks.com - Feed
Will These 3 Tech Penny Stocks Make Moves in April?

This week, many tech penny stocks stumbled amid new virus concerns and yield concerns. But it doesn’t take away from how much the sector as a whole has climbed since the start of the pandemic. While some tech penny stocks could be considered overvalued right now, others have yet to see mainstream popularity.

With any tech company, investors need to consider how innovation plays a role. In addition to that, decide if the company is doing anything to set itself apart from others. These are important as they could help to determine what a tech penny stock may look like in the long term. Because there are so many to choose from, it’s important to have a list handy.

Penny Stocks & What To Look For Before You Buy

Decide the criteria of the companies you’re looking for.  Is it purely based on finding sympathy trades moving because of a bigger market-wide trend? On the other hand, maybe you’re looking for stocks in specific niches of tech similar to what we’ve seen with NFT penny stocks.

Now, traders understand that March has not been the best month for those invested in tech. While the past twelve months have seen exceptional gains from the industry, recent pressure, high volatility, and overvaluations have led to some declines over the past thirty days.

But there is always the potential for a buying opportunity; it’s just a matter of finding where that is. With this in mind, here are a few names still trading below $4 right now. But just because they may be “cheap,” will they be the best penny stocks to buy right now?

Ocean Power Technologies is a penny stock that we’ve covered numerous times in the past. Hitting $3 per share on March 30th for the first time since early 2019, OPTT is again on the radar. It’s important to consider that OPTT is both a tech penny stock and a renewable energy penny stock. So there could be speculative catalysts at play from multiple angles.

Specifically, Ocean Power provides innovative and cost-effective ocean-based energy solutions. It offers its PowerBuoy platform, which allows for offshore and subsea communication and clean power use. In its Q3 2021 report, posted earlier this month, OPTT announced some exciting updates. This includes the acquisition of 3Dent Technology, which allows it to move into the engineering and design of offshore rigs.

In addition, 3Dent already has an existing customer base, which makes this an even better deal. George Kirby, CEO of OPTT, states that “OPT’s third-quarter brought dramatic change to our company. We acquired 3Dent Technology, which we believe is an important step for our long-term growth strategy and for expanding our offerings of autonomous clean ocean energy and data solutions.”

During the quarter, Ocean Power brought in a nominal $0.3 million in revenue. This makes sense given that it has yet to commercialize its products on a large scale. Despite this, the company managed to end January of this year with more than $80.4 million in cash. A large part of this is due to an at-the-market agreement with Aspire Capital that served to bring in more than $76.1 million. So with its large funding and solid prospects, is OPTT going to make it onto your list of penny stocks to watch in April? 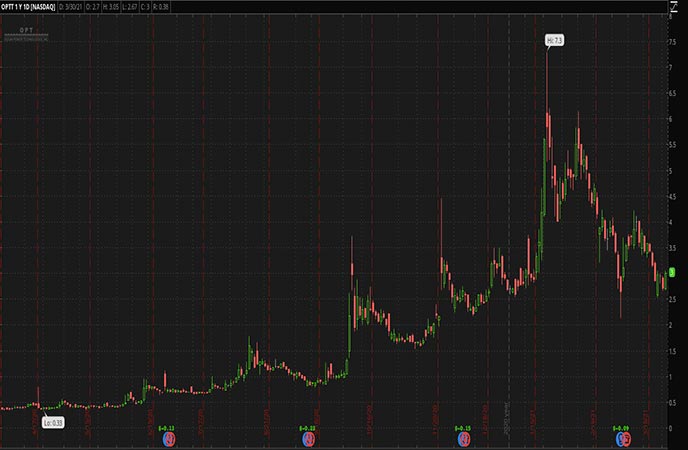 One of the penny stocks up triple digits year-to-date is Liquid Media Group. Since the start of 2021, YVR stock is up 118% and has climbed as high as 377%. It’s is a business solutions company that works in the professional video market. It offers end-to-end solutions that include packaging, financing, monetization, and the delivery of content. With the pandemic causing more people to be at home than ever, demand for content is at an all-time high. This means that companies like Liquid Media Group see heightened attention.

Last week, it announced a registered direct offering of around 1.8 million shares priced at $3.35 per share. This offering should bring in roughly $6 million in capital. With this, Liquid Media Group will put it toward reducing debt, engaging in potential acquisitions, and use it for working capital moving forward.

A few weeks earlier, the company announced an exciting distribution agreement with the famed gaming brand Atari. The goal is to allow Liquid’s video distribution platform known as SlipStream, to be included on all-new Atari VCS consoles. These systems will be sold at gaming retailers like GameStop and online at AtariVCS.com.

While this may not seem like a big deal in the short term, the real news from this is the adoption of Liquid’s tech platform. Including it on a big-name gaming console will help to get the word out about Liquid Media. Furthermore, thanks to this relationship with Atari, YVR stock has also gotten wrapped up in the NFT craze. With the market apparently dictating the speculative trend, management seems to have its interest piqued as well. In a Benzinga Power Hour episode, O Ron Thomson commented on the NFT angle, saying, “It’s certainly becoming something in our industry, and we are seeing some of the companies in our business embrace them, and so we are very much looking forward to learning more about NFTs and finding a way that we can incorporate those into our business model going forward.” 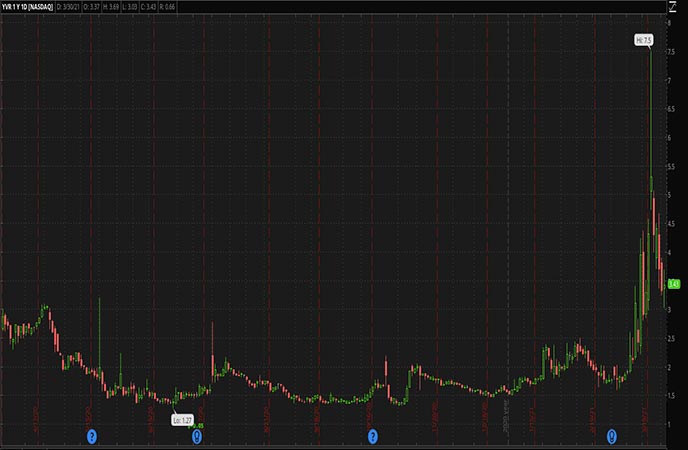 The penny stock formerly known as Tesoro Enterprises quickly rose in popularity following its name change and business combination. As one of the most actively traded OTC penny stocks in the past few months, Humbl Inc. has a large pipeline of opportunity. But to better understand this, let’s take a closer look at the company.

In the past few months, Humbl has worked to put forth several new ideas, mostly stemming from the cryptocurrency industry. Additionally, during that time, investors have seen a rise in the value of SPACs, crypto, ICOs, NFTs, and more. While most investors know Humbl as a global payments company, it has developed even further over the course of the year.

When it merged with Tesoro Enterprises, the goal was to create a complementary business. The two seem like a great match with Tesoro’s payment processing and Humbl’s interest in crypto and blockchain. While Tesoro was a relatively unknown penny stock, the deal offered Humbl the opportunity to get onto the public markets quickly. It has taken this in stride, with 2021 becoming a monster year for the stock already. Since the beginning of January, shares of HMBL have shot up by as much as 424%.

Looking ahead, Humbl has focused on global expansion. Earlier this month, the company signed a stock purchase agreement allowing Chilean company Aurea Group to purchase HMBL shares and obtain country rights to Chile for a purchase price of “up to” $7,500,000. It will receive 35% of the profits from operations of the HUMBL family of products in Chile, including the HUMBL ® Mobile Division, HUMBL Hubs™, HUMBL Marketplace ™, and HUMBL Financial™. 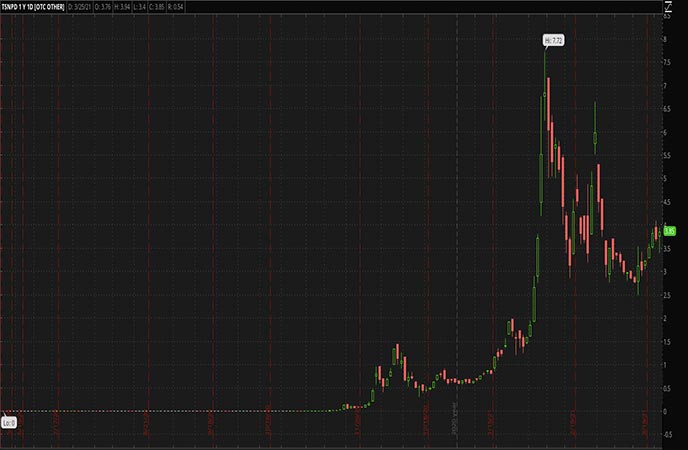