KLM Geoscience will conduct an Induced Polarization/Resistivity pole-dipole geophysical survey consisting of 24,000-line km. The proposed survey aims to complete 30 IP/RES 400m lines at a dipole length of 25m, with 400m of current extensions on every line. Figure 1 shows the lines being run over the Spor Mountain, in areas where multiple pipes are congregated together. 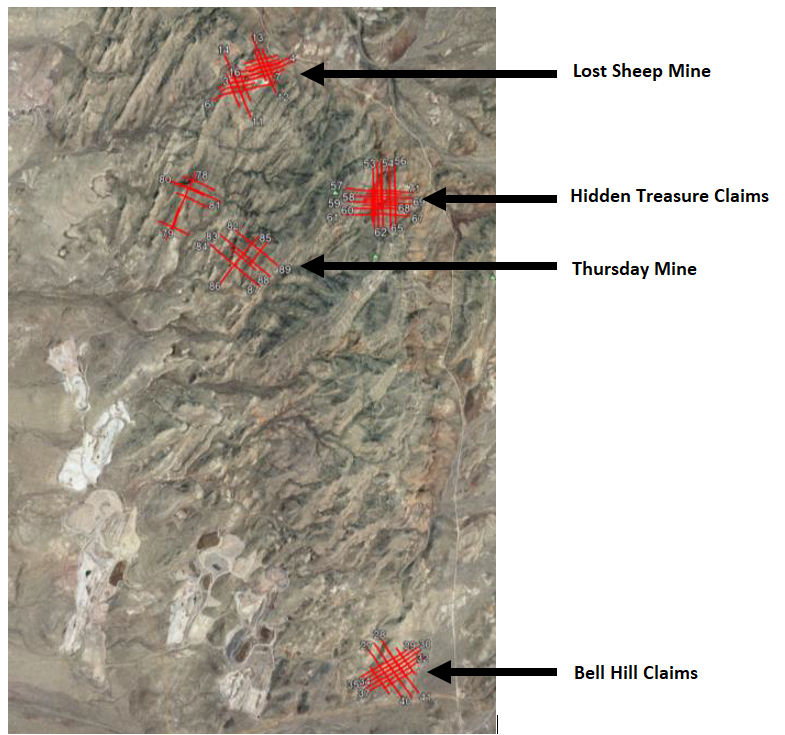 The fully permitted Lost Sheep mine construction and development program will launch later this year, with subsequent mining operations on other defined mineralized areas of the Spor Mountain planned to follow. The Bell Hill Claims constitute the most likely second mining operation, with drilling on the claims scheduled to begin once the geophysics program has concluded. The third mining site will be defined from the geophysics and follow-up drilling program.

James Walker, President and CEO stated: “We have already identified over 100 fluorspar mineralized zones at surface across our 2,100 acres of high-grade fluorspar property. Drilling has helped delineate some of these targets for mining, but to further inform planning, identifying how all these fluorspar pipes are connected underground will greatly assist adit designs, and enable multiple pipes to be mined concurrently through the same adit. Initial experiments have proved extremely promising, so the Company anticipates extremely useful data for its mining operations.”

The Company is pleased to announce it has also successfully completed its non-brokered private placement amount (the “Offering”) of 3,645,000 shares at a price of $0.50 per share for gross proceeds of approximately $1,822,500 to be employed for 2021 project development. A 4-month hold will be placed on the shares before they are eligible for trading.