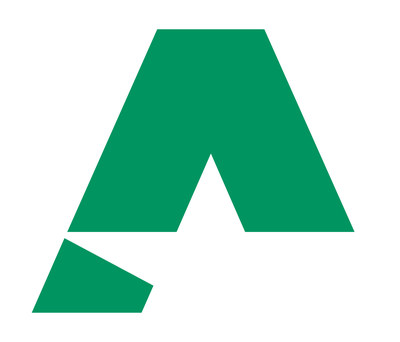 "Despite the numerous challenges of the last year, we are proud of our accomplishments including significant operating cost reductions, refreshed board composition, and our rebranding to Alpha Metallurgical Resources, which reflects our strategic shift and focus on metallurgical coal," said chairman and chief executive officer, David Stetson. "We remain confident that in 2021 we can take advantage of improved market conditions and met coal prices as expected global infrastructure spending and stimulus actions come to fruition."

Total Adjusted EBITDA was $7.4 million for the fourth quarter, compared with $12.4 million in the third quarter, primarily due to lower coal revenues and higher Met costs per ton.

The slight Met revenue decline in the fourth quarter was driven by reduced volume relative to the third quarter. The CAPP - Thermal revenues also decreased due to lower volumes.

In the fourth quarter, the company reported another sub-$70 per ton cost performance in the Met segment, with costs averaging $69.25 per ton, down from $82.28 in the year-ago quarter. The third quarter 2020 cost of coal sales was a record low of $66.51 per ton. Fewer mines, combined with higher production per mine and reduced labor force, were instrumental in driving the cost of coal sales per ton lower in 2020.

The CAPP - Thermal segment also continued its impressive cost of coal sales performance, with fourth quarter cost of $44.15 per ton as compared to $45.98 for the prior quarter.

"In the fourth quarter, our teams continued their exceptional focus on cost performance with another quarter of sub-$70 met costs, and a full year average met cost of $70.19," said Andy Eidson, Alpha's president and chief financial officer. "While the year as a whole was challenging, both in terms of pricing and pandemic uncertainty, Alpha made progress on a number of our stated strategic goals. Divesting the Cumberland Mine has not only hastened our transition to a pure metallurgical producer, but has also meaningfully reduced our bonding and collateral requirements."

Cash provided by operating activities for the fourth quarter 2020 was $56.2 million, which includes the receipt of $66.1 million in accelerated alternative minimum tax (AMT) credit monetization refund, and capital expenditures for the fourth quarter were $35.1 million. In the prior period, the cash used in operating activities was $5.9 million and capital expenditures were $27.8 million.

As of December 31, 2020, Alpha had $139.2 million in unrestricted cash and $157.4 million in restricted cash, deposits and investments. Total long-term debt, including the current portion of long-term debt as of December 31, 2020, was $582.5 million, down approximately $15 million from the prior quarter. At the end of the fourth quarter, the company had total liquidity of $139.2 million, including cash and cash equivalents of $139.2 million and no remaining unused availability under the Asset-Based Revolving Credit Facility (ABL). The future available capacity under the ABL is subject to inventory and accounts receivable collateral requirements and the maintenance of certain financial ratios. As of December 31, 2020, the company had $3.4 million in borrowings and $123.1 million in letters of credit outstanding under the ABL. In January 2021, subsequent to the quarter close, the company posted $25.0 million in collateral to remain in compliance due to fluctuations in the borrowing base, a portion of which was then used to repay $3.4 million in borrowings under the ABL.

As part of the ongoing strategic shift towards becoming a pure-play met company, Alpha closed a transaction to divest the Cumberland Mine and related assets on December 10, 2020. The previously announced transaction transferred the associated coal reserves, mining permits and operations, infrastructure and equipment to Iron Senergy LLC, releasing Alpha from all reclamation obligations, totaling $169 million in undiscounted future cash flows. After the Cumberland divestiture, the company operates only one remaining thermal mine, which is expected to cease operation by the end of 2022.

As a result of this renewed focus on supplying metallurgical products to the steel industry, the company also rebranded and changed its name to Alpha Metallurgical Resources, Inc., effective February 1, 2021. The company's common stock began trading on the New York Stock Exchange under a new symbol, AMR, shortly thereafter.

In addition, Alpha continued to enhance its board of directors by adding Michael Quillen, the founder of Alpha Natural Resources and an industry veteran, as lead independent director in November 2020. Subsequent to the quarter end, Alpha appointed three new directors to the board. Effective February 1, Kenneth Courtis, Elizabeth Fessenden and Daniel Smith joined the board as independent directors.

In connection with the company's strategic shift toward a pure-play metallurgical business, the reporting segments in the following guidance table have been reconfigured. The CAPP - Thermal reporting segment has been eliminated and is now included in the All Other segment. The prior CAPP - Met segment is now called the Met segment.

The company plans to hold a conference call regarding its fourth quarter 2020 results on March 15, 2021, at 10:00 a.m. Eastern time. The conference call will be available live on the investor section of the company's website at https://investors.alphametresources.com/investors. Analysts who would like to participate in the conference call should dial 866-270-1533 (domestic toll-free) or 412-317-0797 (international) approximately 15 minutes prior to the start of the call.

Management uses non-GAAP financial measures to supplement GAAP results to provide a more complete understanding of the factors and trends affecting the business than GAAP results alone. The definition of these non-GAAP measures may be changed periodically by management to adjust for significant items important to an understanding of operating trends and to adjust for items that may not reflect the trend of future results by excluding transactions that are not indicative of our core operating performance. Furthermore, analogous measures are used by industry analysts to evaluate the Company's operating performance. Because not all companies use identical calculations, the presentations of these measures may not be comparable to other similarly titled measures of other companies and can differ significantly from company to company depending on long-term strategic decisions regarding capital structure, the tax jurisdictions in which companies operate, and capital investments.

The following table provides a reconciliation of cash and cash equivalents and restricted cash reported within the Consolidated Balance Sheets that sum to the total of the same such amounts shown in the Consolidated Statements of Cash Flows.