Project conceptual Capital and Operating cost analyses were generated based on economic and marketing parameters. The Project analysis results determined the project is financially attractive based on the project’s CAPEX and OPEX, fluorspar pricing, operating parameters, market factors, and assumptions. A summary of the conceptual project production is presented in Figure 1.

The underground mine operating plan will employ sublevel longhole methods as the main mining method. Initial underground mining will be undertaken by a mining contractor, with the Company assuming to takeover mining work once the operation and processing is developed and optimized. 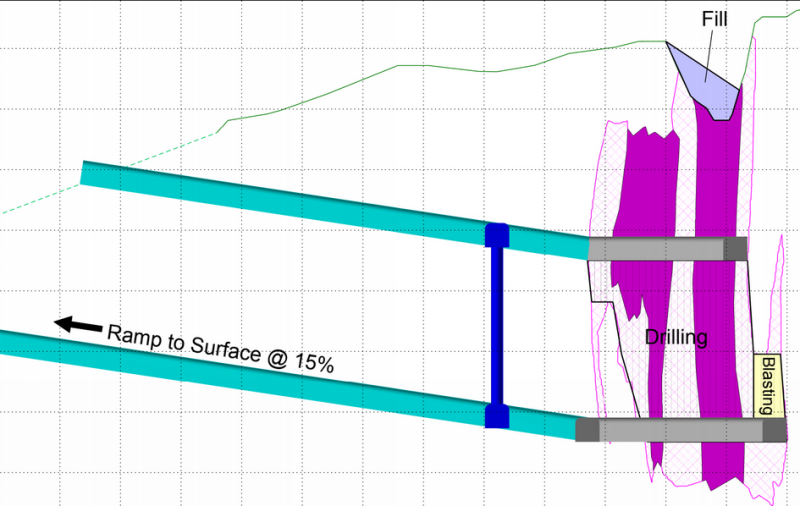 Fluorspar material mined from the pipes will be transported from the mine site by conventional highway haulage trucks to the processing facility located at the city of Delta, where process water and other utilities are readily available. The process plant design capacity is 500 tpd. The process plant will produce two products: a medium-purity 90% grade fluorite (CaF2) met-spar product for pyro-metallurgical applications, and a high-purity 97% grade fluorite (CaF2) acid-spar product for acid process applications and the aluminum industry.  Process plant fluorspar recovery is scheduled to be minimum of 80%. The process plant will consist of:

The met-spar products will be dewatered and dried for packaging to meet consumers requirements.  The final fluorspar products will be shipped to the consumers by either rail or truck from the Delta process plant. The tailings will be thickened, filtered, and dried for transportation back to the mine site to be deposited in the mined-out fluorspar pipes to mitigate tailings surface storage. 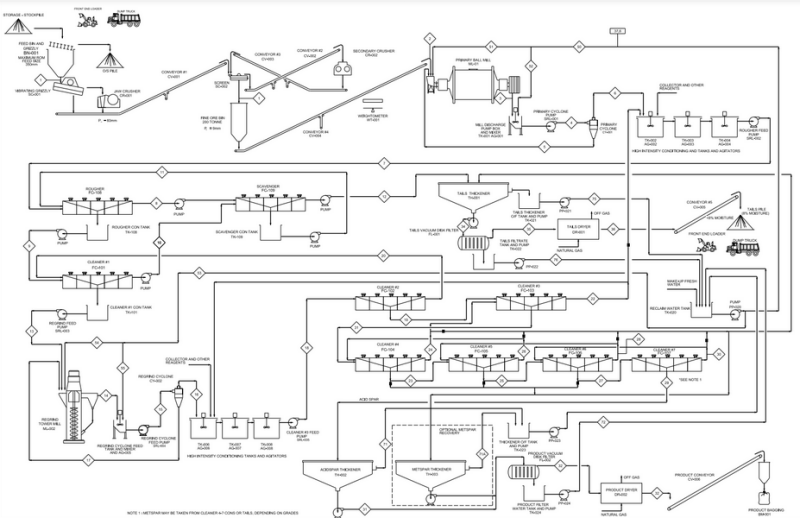 Ares’ fluorspar operation is expected to directly employ 58 people, not including contractors. All projected costs incorporate labour and employee costs as determined by industry standards and averages. 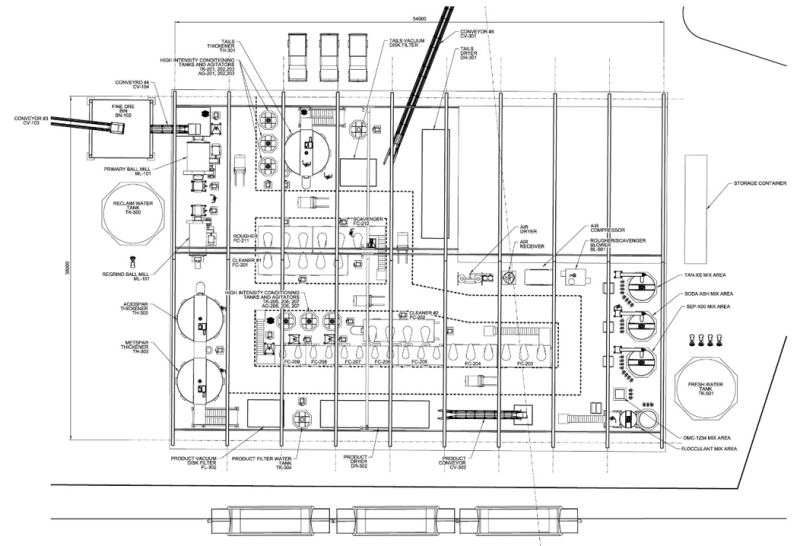 Ongoing exploration costs are estimated at $US750K/yr to replace the mined Fluorspar.  Over 100 targets have been identified at surface (see Figure 5), with the Bell Hill Claims at the south of the Spor Mountain currently identified as the likely candidate for the Company’s second mining operation site. Exploration on the Bell Hill claims is scheduled to begin in April 2021. The Company has already obtained exploration permits. 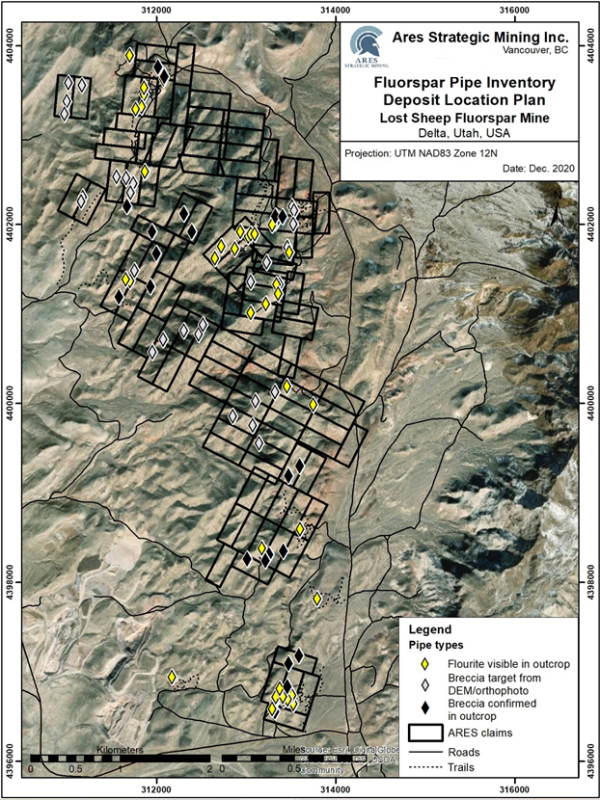 Operating costs were developed based on:

Labour rates for the facility were taken from similar industry sector plants in North America, with burden rates based on communications with a recruitment firm in Colorado. Electrical power rates, fuel costs and water rates were supplied by the specific utility provider for each service. Crushing and grinding consumables are based on the work-index of the feed material. Reagent consumptions are calculated directly from the best laboratory results, with unit costs provided by chemical suppliers. Natural gas consumption is computed from the drying requirements for both tails and product. Maintenance and other consumables are scaled from process plant equipment costs and maintenance labour, respectively. Support equipment requirements and annualized costs are best estimates based on facilities of this size and scope. Mining costs were developed on known industry standards for underground contractors providing similar commercial services.

If exploration drilling proves successful, it would be possible to expand the process plant capacity. A secondary production circuit, which would be a mirror image of the primary production circuit, can be installed, resulting in a 100% fluorspar production increase. Financial analysis indicates that if the expansion is scheduled in production year five, the resultant Project revenue is expected to increase from US$40M/yr to US$80M/yr from year five thereafter.  For a 10-year LOM, the after-tax IRR is estimated to increase to 104% and the after tax NPV at an 8% discount rate is estimated to increase to US$85M. The Company is also currently negotiating for 60 acres of industrial land in Utah for its expansion projects.

James Walker, President and CEO stated: “Completing the conceptual mine plan is the largest step the Company has taken towards its production goals. We now have a roadmap considering every crucial component necessary to expand the existing mine into one of the world’s notable global fluorspar producers, as well as the only producer in the United States. In tandem with these plans the Company will launch its metallurgical lumps operation to achieve early operation and revenue. The Company has enormous support from both government – due to its Critical Mineral status – and private financial institutions, as well as huge interest in its products from industry, both domestic and international.”