The come-up that Robinhood has seen, especially from penny stock traders, is unlike most brokers had seen during their early years. Over the last year, millions of new market participants chose the app for its seemingly easy accessibility to buying and selling shares of companies. Throughout the pandemic, energy penny stocks have continued to see bullish momentum. When Covid first hit last year, the energy industry as a whole took a large dive. This made sense given fewer people were traveling, and more were at home than in many years prior. Since that time, however, many aspects of the energy industry have changed fundamentally.

This includes the election of President Biden, who has promised to bring America toward renewable energy. This sentiment has resulted in vastly increased interest in everything from solar to hydrogen power and more. Additionally, as vaccine efforts have risen, more people are beginning to travel and resume daily life. With the rejoining of the Paris Climate Accord, it looks like renewable energy is becoming a reality right now.

While infrastructure is still needed to make it a permanent solution, oil, gas, and coal are still primary energy sources. According to a report done by Deloitte, “renewable growth may accelerate in 2021, as the new administration starts to execute on a platform that includes rejoining the Paris Climate Accord, investing $2 trillion in clean energy, and fully decarbonizing the power sector by 2035 to achieve a larger goal of net-zero carbon emissions by 2050.”

The focus on renewables has also turned attention to the energy industry’s current state, oil and gas included. Right now, the markets have experienced significant volatility. But it looks like the Robinhood retail crowd has begun setting their sites on penny stocks that this week’s sell-off hasn’t impacted.

W&T Offshore is one of a handful of companies that recently released Q4 2020 results. Before we get into them, let’s take a look at W&T for its business model. W&T is an offshore oil and natural gas producer. The company works mostly out of the Gulf of Mexico, but it has operations spanning 51 offshore fields around the U.S. This includes an interest in 146 structures that are offshore. In its Q4 report, the company posted a loss per share of $0.05.

This is much better than the analyst estimate of a $0.13 loss per share. A year ago, W&T pulled in losses of $0.17 per share, indicating the company is working on getting profitability on track. W&T also posted $94.75 million in revenue, which beat estimates by over 15%. This brings its full-year revenue to over $347 million. Additionally, the company expects to produce roughly 38,000 to 42,000 barrels of oil equivalent per day this year.

In the past few weeks, the oil and gas industry has shown more positive momentum. This has been a benefit to companies like W&T Offshore. From a financial perspective, W&T needs to work to conserve capital over the next year. With this, it should be able to begin paying off its debt to benefit its balance sheet. 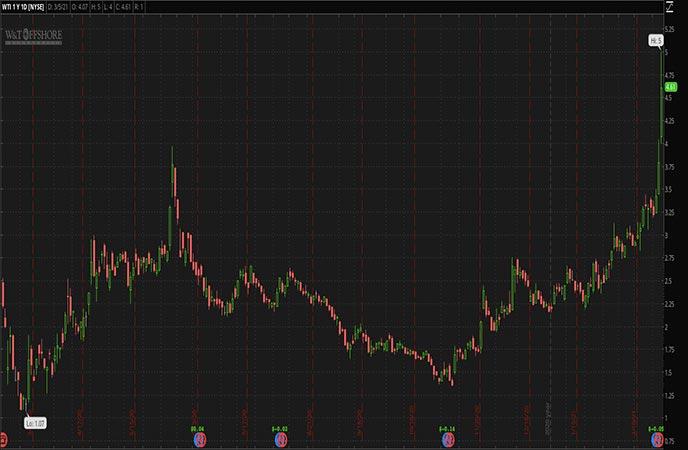 Continuing with the theme of energy penny stocks on Robinhood releasing Q4 financial data, Ring plans to do so on March 16th after market close. In these results, the company will also detail plans for 2021 and any new guidance and implementations it plans to accomplish. Like WTI, Ring Energy is an oil and gas exploration company focusing on the Permian Basin.

This Basin is one of the most oil-rich in the U.S. and has many extraction companies working within It. Additionally, Ring has operations across West Texas and New Mexico, spanning the Permian Basin’s entirety. In an announcement made a few weeks ago, the company posted an update regarding its financial situation ahead of the Q4 data release. In the announcement, the company stated that it could reduce its debt by more than $47 million in Q4 alone.

While it still has roughly $313 million in outstanding debt, it is committed to enhancing its balance sheet. Also, Ring could exceed production estimates, with 9,307 net barrels of oil equivalent per day produced during the quarter. Paul McKinney, CEO of Ring Energy, stated that “despite the pandemic infused challenges we faced in 2020, Ring has executed well and has now achieved a total of five consecutive quarters of free cash flow. With solid operational and financial results, we enter 2021 well positioned financially to continue to pay down debt and execute our high return development drilling and workover projects.” 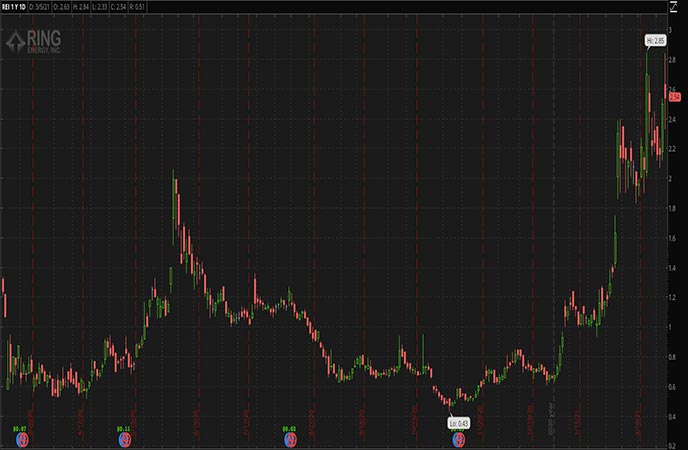 Like the others on this list of penny stocks, Amplify Energy is a producer of oil and natural gas in the U.S. The company has many operations spanning the country, including those in Oklahoma, the Rockies, offshore Southern California, East Texas, and Northern Louisiana. In keeping with the theme, AMPY will release its results for Q4 ahead of the market open on March 11th. Before this, analysts have stated that the company could post a quarterly loss of $0.09 per share.

Additionally, revenue is expected to come in around $59.7 million. While these are just estimates, investors likely expect a slight drop in revenue over the previous year. This could be a result of pandemic-driven issues with the energy industry.

In the past few months, the company has also worked to solidify its leadership. This includes promoting Martyn Willsher from interim CEO to President and CEO of the company. Willsher worked hard over the past quarter to bring in several opportunities and navigate challenges that the company faced from the Covid-19 pandemic.

His role as interim CEO has proven that his experience is very valuable to the company. Because OPEC recently decided to leave production at current levels, many companies are benefitting. This is a result of the common idea of demand versus supply. If Amplify can continue to beat the industry’s challenges, AMPY could be a penny stock to watch. 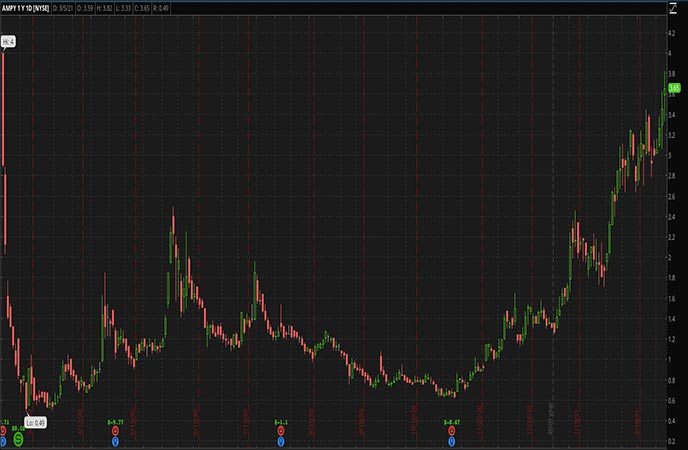 QEP Resources is a penny stock that has seen its shares surge several times in the past few weeks. Since early October, shares of QEP have skyrocketed by around 350%. While gains like this are not unheard of among penny stocks, they are worth focusing on. It appears as though the underlying positive momentum in the energy industry is benefitting QEP greatly.

One aspect that investors have focused on is QEP’s pending merger with DiamondBack Energy Inc. In an all-stock deal, QEP plans to be acquired by DiamondBack, which could occur by the end of the first quarter in 2021. Right now, this is simply speculation, but there are plenty of rumors to support this. Because of this, volatility may be high as we head toward the end of that first-quarter mark. 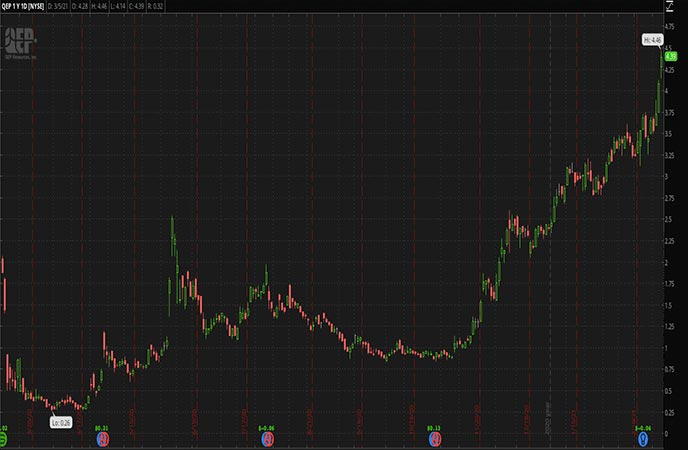 Keep in mind that these are still penny stocks, and they’re still affected by speculation. Most importantly, especially with oil and gas penny stocks, the price of the commodity itself can have a serious influence over momentum in sector stocks. Given the state of the economic plan ahead and spending on planned infrastructure, energy penny stocks could be some to keep on the radar.