We’re half-way through February and new trends are emerging in the world of penny stocks. Biotech has become a big focus but energy has begun growing its own fan club recently. While “green energy stocks” are the popular topic – solar, wind, EV – there’s another group of “clean energy penny stocks” gaining a lot more momentum right now. These are stocks with underlying companies having exposure to nuclear power. Everything from uranium mining companies to the utility companies themselves are gaining in the stock market today.

Much of this could have something to do with the Biden Administration’s push for clean energy. If you look at the Office of Nuclear Energy’s 2021 budget, the total amount is sitting around $1.35 billion right now. A large portion of this is dedicated to nuclear energy research and development. This includes things like enrichment, mining, and waste management.

Something else that has eyes on nuclear energy are the major blackouts that have happened in places like Texas amid the recent winter storm. Roughly 2 million holes went without power on Monday as the Texas electric grid stressed to dangerous levels. The state has experienced some of its lowest temperatures in 30 years. According to the grid’s 2020 figures, the largest energy source was natural gas plants, which supplied 40%. Wind overtook coal as the grid’s second-largest source for the first time last year with 23%. Coal supplies 18%, followed by nuclear at 11%. Solar provides 2%.

We need all of our fuel resources to keep our grid agile and reliable. Each fuel type, nuclear, coal, natural gas, solar and wind, offers benefits and drawbacks. So until something better comes along, we are going to need nuclear and fossil fuels.

There are numerous catalysts all pointing at nuclear power as a benefactor of government spending and an underlying demand. With clean energy becoming a daily focus, it might not be a bad idea to have a few penny stocks on the watch list this month.

Shares of Denison Mines have been on the rise for months. Since early December, we’ve been following the progress in the market and the company. Denison mines uranium. The company’s Wheeler River Project has been a large focus for the market this year. Denison owns 90% of the Project. Recent results posted from the 2020 regional exploration showed high-grade uranium mineralization.

David Cates, Denison’s President & CEO, commented, “Regional exploration at Wheeler River in 2020 delivered on our objective to identify additional high-grade uranium mineralization that could produce a satellite deposit for the planned Phoenix In-Situ Recovery operation, which is currently advancing through the environmental assessment process.”

Furthermore, earlier this month, the company reported that its Phoenix Zone drilling results had returned the best to date. Right now, the company is ramping up efforts to develop its projects further. Part of this ramp-up included raising over $25 million last week.

The offering proceeds are expected to be earmarked for funding evaluation and environmental assessment activities on the Wheeler River Uranium Project. This should include the proposed Phoenix in-situ recovery uranium mining operation. With a clear focus and strong sentiment for nuclear power as a backdrop, will DNN be one of the energy penny stocks on your list in February? 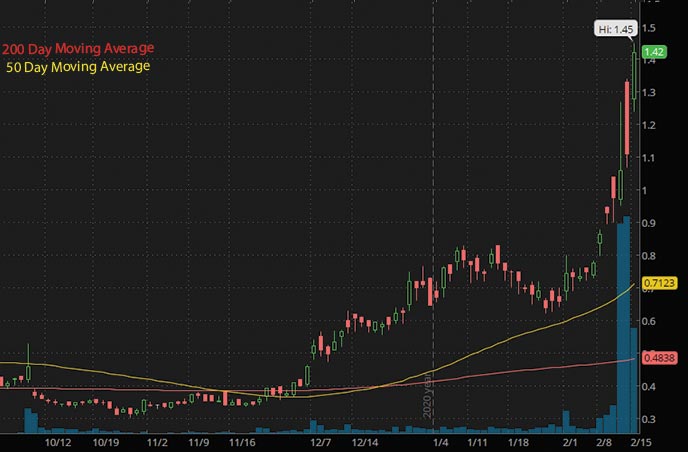 Another one of the nuclear energy penny stocks to watch is NexGen Energy. It’s become more of a diversified company in comparison to some of the others in the industry. NexGen owns a portfolio of prospective uranium exploration assets in the Athabasca Basin, Saskatchewan, Canada, including a 100% interest in Rook I, location of the Arrow Deposit. The company not only develops uranium project, but it also invests in other companies.

What has become a point of interest recently is IsoEnergy Ltd. (OTC: ISENF). This is a company that NexGen is a  major shareholder. This week, IsoEnergy announced a transition in its senior leadership team. This included the appointment of its new CEO, Tim Gabruch, who will also serve as Director of the Board. Gabruch was actually the Vice President Commercial with Denison Mines Corp. He also acted as Chief Commercial Officer of Uranium Participation Corporation. Gabruch’s experience has now been brought to IsoEnergy, and he will serve as a uranium marketing advisor to NexGen Energy.

IsoEnergy reported in December that there was a discovery of high-grade uranium at its Hurricane zone on the 100% owned Larocque East property in Saskatchewan. Budgets and plans for 2021 activities at Larocque East are being finalized, with the winter drilling program expected to have begun after January’s freeze-up. 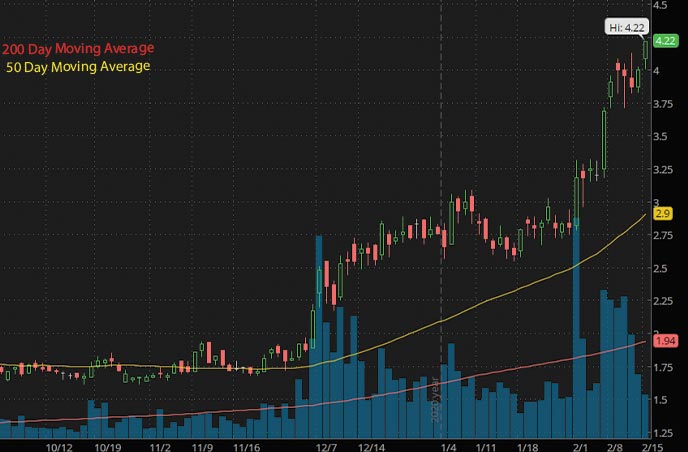 UR Energy echoed the nuclear trend on Tuesday. Shares of URG stock took off, reaching early highs of $1.40. This continues a 3 and a half month uptrend that began at the start of November. This period has seen the penny stock rally from around 45 cents to Tuesday’s high.

This is another uranium mining and exploration company, but it focuses on US-based projects. These include its Lost Creek and Shirley Basin properties. Similar to Denison, it also uses in-situ processes to recover uranium. Ur is based in southern-Wyoming, where it conducts its operations. At its Lost Creek facility, the company has shipped more than 2.6 million pounds of uranium since its commencement.

One thing to keep in mind is that the recent trading patterns for URG stock are purely speculation. One of the things you’ll notice about UR Energy is that the company has been on a financing spree. The most recent round came earlier this month when to company raised over $15 million to put toward growth. This includes things like future acquisitions and strategic transactions. 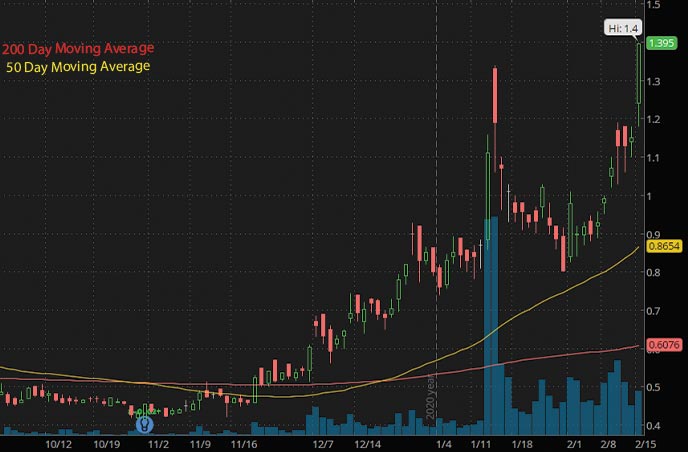 One thing to keep in mind, as with most energy/mining industry stocks, they tend to move with the price of the commodities themselves. You’ve also got a lot of government intervention that may or may not become a factor. Depending on how things unfold, nuclear energy could be something that more than just investors focus on in 2021. Also, with government spending becoming a factor as well, clean energy companies could benefit.