Swift da Kidd drops the first release after his official name change, a teaser, leading up to his anticipated new single, coming soon. He unveiled the self-released mixtape, Swift Life, Vol. 1, for his excited fan-base. 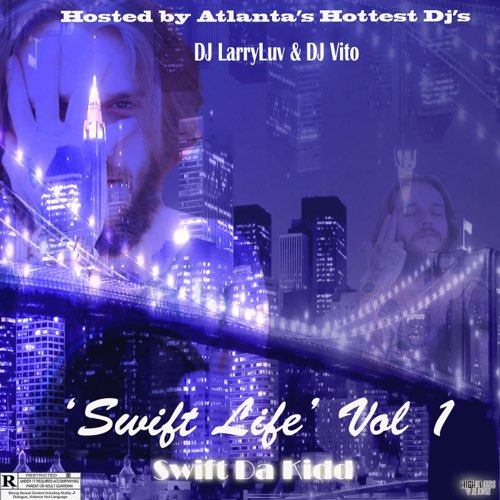 Swift da Kidd drops the first release after his official name change, a teaser, leading up to his anticipated new single, coming soon. He unveiled the self-released mixtape, Swift Life, Vol. 1, for his excited fan-base in July of this year. Swift da Kidd brings an East Coast meets West Coast vibe, delivering an original style of lyrical hip-hop with a trap melody. Unorthodox and blunt, audiences are drawn to the smooth beat, harmonic flow, and uplifting messages in Swift da Kidd’s music. His sound is addictive and intense. Sharing his struggle and his story, Swift da Kidd expresses the truest version of himself through his dynamic rap verses. His message is one of hope and achievement.

With his latest project, Swift Life, Vol. 1, the focus is on progression. It’s about moving forward with your dreams and aspirations while teaching others to follow their own calling.

“I want listeners to believe that if you set your mind to something, you can achieve it. Everybody has a lot of problems and it’s okay not to be okay. It’s okay to struggle. It is worth the struggle. You just gotta believe in yourself. You just gotta grind and get it out the mud. It really is all worth it in the end.”

Swift da Kidd is known for his undeniable work ethic and drive for success. His music relays the challenges he faced throughout his early life and his ability to persevere. At the age of just nine-years-old, Swift’s mother was murdered in an altercation involving drugs. Tragic and life-altering, Swift da Kidd found the strength to overcome even the most difficult life circumstances.

“I grew up knowing I had to get out of that gutter. I grew up around people I did not want to be like. When people hear my music, hear my struggles, hear my story, I want them to know they can make it out too. They can achieve the dreams they have, they can get out of it as I did. You can make your life what you want it to be if you grind right. You gotta put your mind to it, and you can do anything you want to do.”

To contact the artist or schedule an interview, please email his PR representative.

Related Stocks:
FILM
Data & News supplied by www.cloudquote.io
Stock quotes supplied by Barchart
Quotes delayed at least 20 minutes.
By accessing this page, you agree to the following
Privacy Policy and Terms and Conditions.