Can You Make Money With Penny Stocks? 3 Turning Heads In July 2020

By: Penny Stocks to Buy, Picks, News and Information | PennyStocks.com - Feed
Some Top Penny Stocks To Watch In Early July

July is already off and running. Penny stocks haven’t stutter-stepped one bit. I know some people expected that if broad sector stocks took off, stocks under $5 would lose their luster. However, that hasn’t been the case at all. Something that you may be noticing right now, however, is that volatility has picked way up.

Where we saw many penny stocks go on these multi-week rallies during the 1st and mid-second quarters, it seems that has picked up. Even on the first day of July, there were penny stocks that skyrocketed over 100% but then came crashing right back down.

I mention this because we do our best to identify trending penny stocks. We also make a point to go over both the positives and potential negatives. Furthermore, when it’s applicable we discuss things like pending financings, recent filings, etc.

Can You Make Money With Penny Stocks?

I just wanted to give a little baseline of expectations here because we are in different times. If you read something online, lately, that could be “old news” within a matter of hours. With volatility appearing to have picked up in the stock market, it’s more important now than ever to have a trading strategy set in place.

The last thing you want to do is lose your hard-earned money because you got caught in the crosshairs of overly volatile trades. The bottom line is that if things are moving too quickly, sometimes the best strategy is sitting back and waiting. This having been said, here’s a list of penny stocks turning heads early in July. Not it’s up to you to decide if they’re the best penny stocks to buy or avoid entirely.

Shares of Chembio Diagnostics (CEMI Stock Report) took of hugely earlier this year. In fact, this was a big winner during the first quarter. Coronavirus had just begun to hit the stock market scanners and CEMI stock traded around $3.20. We got to watch, first-hand how COVID-pandemonium helped trigger a momentum-fueled run to highs of $15.89. Obviously that was a big winner during that time. But as many saw, shares of CEMI stock ended up pulling back significantly during the second quarter. As of June 30, CEMI stock basically came back to pre-COVID levels.

However, kicking off the third quarter, Chembio could be one of the companies to watch. It all stems around its most recent update. On July 1st the company made one of its biggest announcements to date. Chembio reported that it “will issue, after the U.S. financial markets close on Monday, July 6, 2020, press releases with respect to its current plans for COVID-19 product development and regulatory approvals” among other things. Obviously, there weren’t any more specifics but I’m sure you could imagine that speculation may now play a factor.

[Read More] Is The US Government Investing In Penny Stocks? $700M Could Say Yes

The company will also discuss preliminary estimates of revenue results from the second quarter. The following day (July 7) there’s a conference call scheduled before the market opens too. If CEMI is on your list of penny stocks, it’s important to note there’s just bare-bones info out there right now. The company has simply made an announcement that announces when it will have another announcement, so far. But where there is speculation, there’s usually volatility to consider. 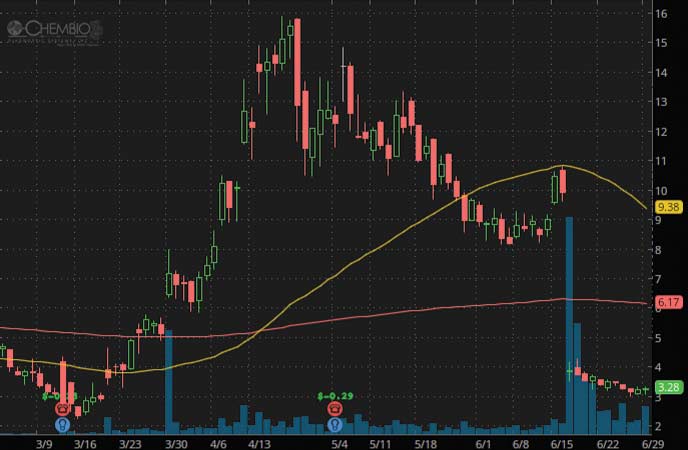 Venus Concept (VERO Stock Report) hasn’t been the most active penny stock in the market. However, VERO stock has picked up in daily liquidity toward the end of June. The company focuses on medical aesthetic technology. This includes things like minimally invasive or non-invasive aesthetic and hair restoration technologies. The company’s shares recently joined the Russell 2000 and Russell 3000 Indices in late-June. It also achieved FDA 501(k) clearance for its Venus Epileve hair-removal product.

Will VERO stock be one to watch in July? The company kicked off the month with another FDA 510(k) clearance for an additional product. This time it was for the Venus Viva MD. It’s the company’s skin resurfacing product to handle things like acne scars, dyschromia, striae and enlarged pores.

In its press release, CEO Domenic Serafino said, “Importantly, this new product introduction is another example of our continued focus on introducing new and innovative technology solutions each year, while also identifying ways to enhance the contributions to our overall growth from the sale of utilization-based handpieces over time. We expect the U.S. commercialization of the Venus Viva MD to contribute to the Company’s long-term growth profile and believe our expanded portfolio of skin rejuvenation solutions will help us further penetrate the $3.4 billion global energy-based aesthetic device market in the years to come.” 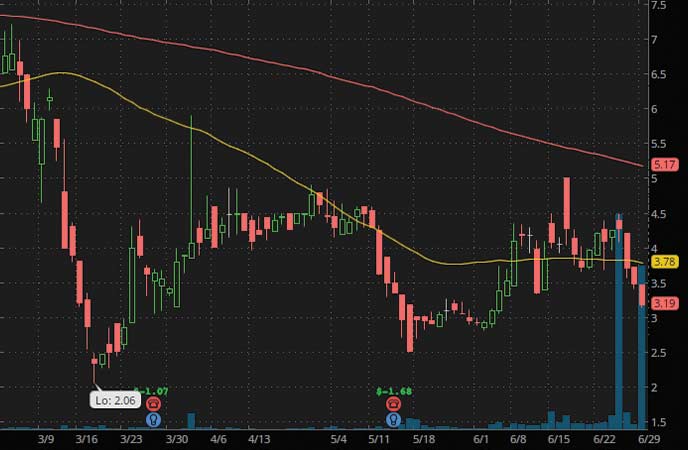 Shares of Xeris Pharmaceuticals Inc. (XERS Stock Report) have also attempted to mount a reversal this week. Leading up to June 24th, Xeris was actually on a consistent uptrend. After hitting 52-week lows of $1.42 in March, the penny stock climbed highs of $5.79 in June.

But after announcing a $20 million public offering, the market lost some steam and XERS stock dropped under $2.50. Heading into the start of Q3, however, the penny stock has slowly started to creep back. On July 1, shares closed at $2.73 and the company made its first announcement of the quarter. Xeris reported that its Gvoke HypoPen would be available in the U.S. to treat severe hypoglycemia.

Paul R. Edick, Chairman and Chief Executive Officer of Xeris Pharmaceuticals, “In addition, as we prepared for launch, we had a heightened focus on ensuring Gvoke HypoPen is covered by insurance. Currently, approximately 78% of commercially insured and Medicare lives have unrestricted access to Gvoke HypoPen.”

Believe it or not, access to affordable diabetes treatments has been a growing issue. According to Xeris, for a limited time, it’s offering eligible commercially insured patients may pay as little as $0 for a two-pack of Gvoke HypoPen by using the Gvoke® copay savings card. Will this help Xeris regain its momentum or is a further slide coming? 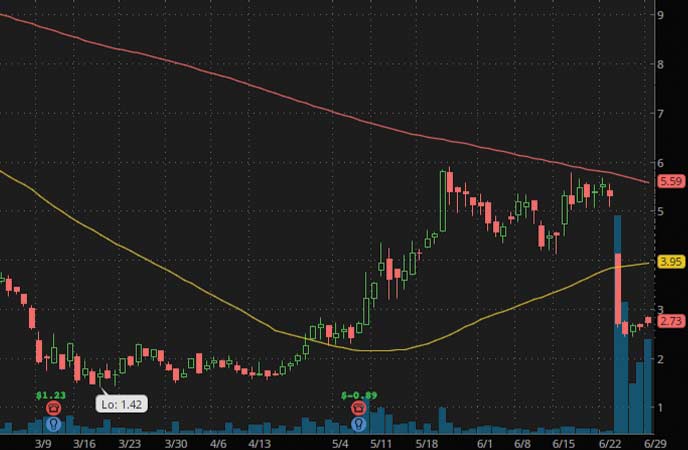