By: TechCrunch
The cloud kitchen craze has reached Latin America. Food tech startup called Muy landed a fresh $15 million Series B to expand into Mexico and soon Brazil. The service is currently operative in Colombia. Muy is a “cloud kitchen meets Chipotle,” says one investor. The company describes itself as a virtual kitchen and smart chef […]

The cloud kitchen craze has reached Latin America. Food tech startup called Muy landed a fresh $15 million Series B to expand into Mexico and soon Brazil. The service is currently operative in Colombia.

Muy is a “cloud kitchen meets Chipotle,” says one investor. The company describes itself as a virtual kitchen and smart chef system that uses AI to produce food based on forecasts of demand, which can help to reduce food waste. Muy, translated from Spanish to English as “very,” allows users to place personalized orders in one of Muy’s physical restaurants or through a mobile app. Muy’s concept also exists as 20 physical dining locations offering what it says are quick, fresh and personalized dishes. Founder Jose Calderon says Muy is serving more than 200,000 dishes per month.

The round was led by Mexico-based investor ALLVP, with previous investor Seaya returning. The $15 million Series B brings MUY’s total funding to $20.5 million.

Calderon is no newcomer to the takeaway experience space. He previously raised $47.7 million for a Colombian online food ordering startup called Domicilios, which he exited to Delivery Hero.

The explosion of delivery apps has kept options competitive for customers not only in the U.S. but across Latin America. The congested highways of São Paulo, Mexico City, Bogotá and beyond are filled with motor couriers running deliveries with Rappi, UberEATS and the like.

Calderon notes that cloud kitchens are poised to make on demand ordering and delivery more efficient in these high-density cities due to the long commute times that keep the growing middle class out of their homes for extended periods of 12 hours or more. 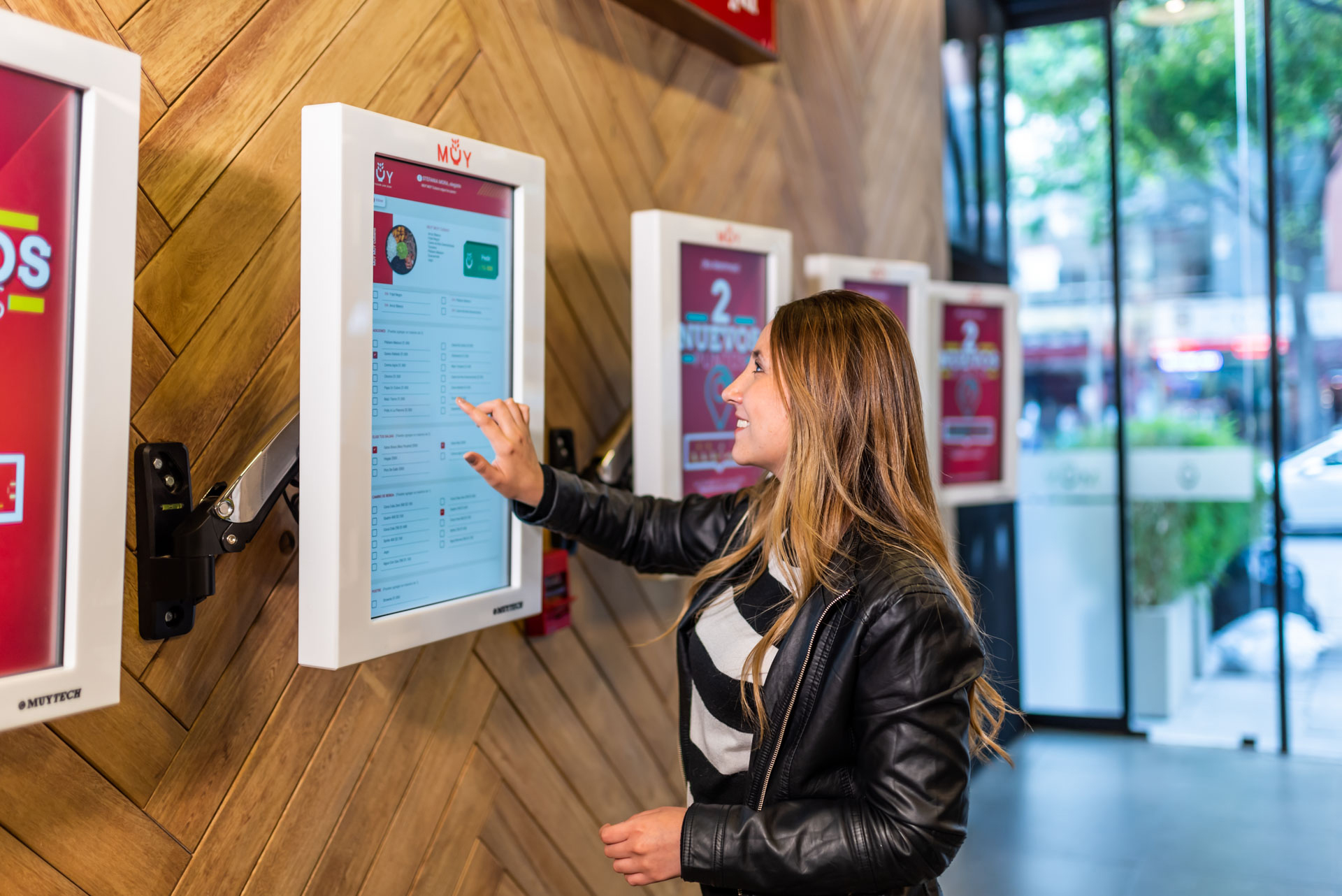 A MUY customer orders at one of the company’s physical locations in Colombia.

Alternatives like full service restaurants can be prohibitively expensive and time consuming, and traditional casual restaurants don’t meet quality standards. A large part of the market, around 40%, brings a lunch to work, says Calderon. But as disposable income increases, he predicts that more people will avoid cooking at home and will opt for faster and higher-quality options like Muy.

Cloud kitchens – the fully equipped, shared, commercial grade spaces for restaurant owners – have left U.S. investors balking. Journalists have described these virtual spaces as “ghost kitchens” and many have noted the threat they pose to independently owned restaurants. My colleague Danny Crichton wrote that “cloud kitchens are the WeWork for restaurant kitchens,” adding that suddenly sharable kitchen space will lead to bidding wars between these virtual food brands.

This rhetoric isn’t hindering the rise of cloud kitchens and the services that support them from launching in the U.S. and down to Latin America. According to Calderon, the food service market opportunity in Latin America will reach $270 billion by 2021.

The founder also notes that the Latin America market is highly fragmented; the top 10 chains only hold around 5% of market share in comparison to countries like the U.S. where this figure reaches 24%. “Large players will consolidate and win, and small ones will face pressure,” he says.

Larger incumbents have already begun to dip into the cloud kitchen opportunity. Earlier this year, Amazon took a $575 million bite into Deliveroo, which opened up its first shared kitchen in Paris in 2018. City Storage Systems, the holding company of CloudKitchens, was backed with a $150 million controlling stake from Uber founder and ex-CEO Travis Kalanick.

For better or worse, delivery apps and cloud kitchens are revolutionizing the way we eat in the U.S., Asia and now in Latin America. The winners among the various global delivery apps, cloud kitchens and controlling incumbents have yet to emerge, but what we do know is that everyone needs to eat lunch.