By: TechCrunch
How best to untangle the Gordian knot that is navigating your own healthcare? It’s a tricky question, and one that seems to have become only more complicated as technology improves, in many regards – systems don’t necessarily speak to one another, and it’s still hard for an ordinary patient without specialist knowledge to make sense […]

How best to untangle the Gordian knot that is navigating your own healthcare? It’s a tricky question, and one that seems to have become only more complicated as technology improves, in many regards – systems don’t necessarily speak to one another, and it’s still hard for an ordinary patient without specialist knowledge to make sense of everything. Careteam is a Canadian startup hoping to address that, looking to replicate the kind of advances made possible by technology in industries like ecommerce and enterprise software.

Careteam co-founder and CEO Dr. Alexandra Greenhill has experienced the frustration of being a tech-savvy person in a world of healthcare that can seem technologically inept – both as a practicing GP, and as someone who depends on the healthcare system as both a patient, and a relative of patients with more sophisticated medical needs.

“I spent more than 15 years innovating within the healthcare system,” Greenhill told me in an interview. “I computerized hospitals, helped doctors adopt electronic medical records and other types of innovation practices. And then for the last eight years, I’ve been in tech, trying to figure out how to build the kind of technology we need in health, and especially digital health.”

All that experience led Greenhill to the realization that while there were many companies building specific solutions for real, but relatively narrow problems, that didn’t reflect how most people experienced care. Greenhill and her team of three other co-founders (Jeremy P. Smith, Robert I. Atwell and Kevin Lysyk) had all had unfortunate, but eye-opening experiences with family members in need of treatment for major diseases.

“You step in and you discover that cancer care, palliative care, post-surgical care – there’s so many things that would have gone wrong if we dint’ have the expertise ourselves,” Greenhill said. “But in the meantime, you end up being sort of pulled into multiple directions and saying ‘this makes no sense.’ You know, I can purchase stuff online in my private life; I can use all kinds of tools in the business world, and yet it’s back to paper in voice in health, which matters most.” 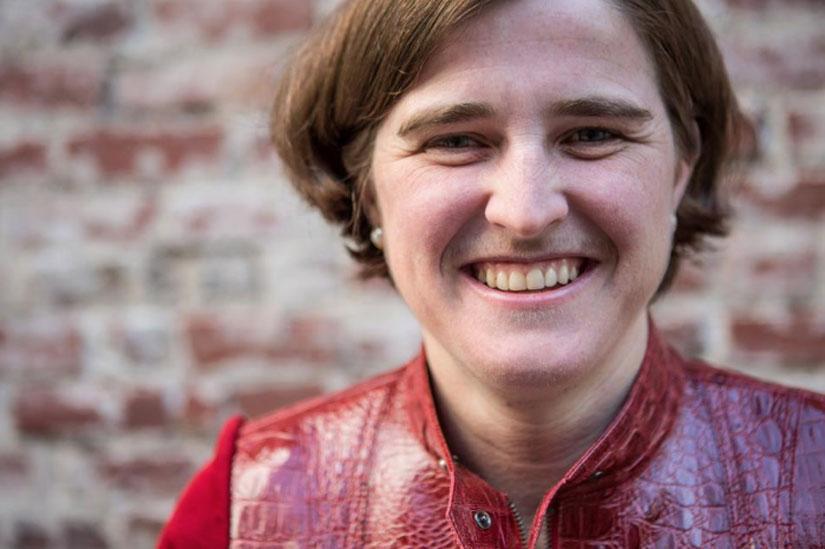 What Careteam provides is collaboration for care – true collaboration, designed to span patients, their doctors and other healthcare pros, their families and anyone that matters to them in the course of pursuing their care. It provides the ability to communicate instantly, build care plans that integrate all aspects their tailored health plans, receive custom-configurable notifications and measure progress towards specific goals set by patient and health care providers.

Part of the reason this process has become opaque or difficult is precisely due to innovation: Greenwood takes issue with the prevailing narrative that the healthcare industry is somehow allergic to innovation.

“There’s this sort of perception that healthcare doesn’t innovate, but it’s also almost insulting to the healthcare system, because we have innovated – we save people from cancer, where we couldn’t” she noted. “We cure HIV, in some cases, and we prevent it from being transmitted to unborn babies of mothers with full-blown aids and things that in my working lifetime, were impossibilities; it was science fiction to help someone with HIV. And, and we’ve managed to do all of that, and it’s a success story. We’ve created complexity, we’ve created people who live with 12 conditions for many, many years and take complicated drug regiments.” 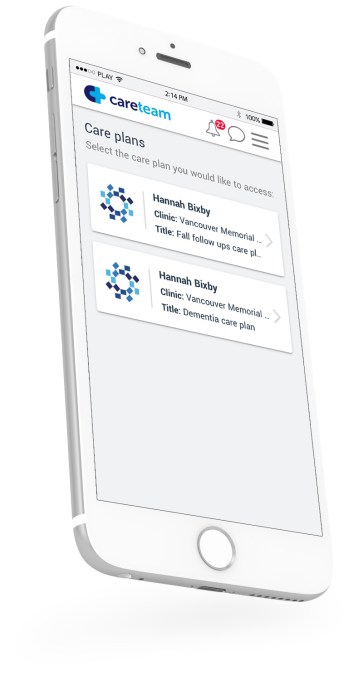 In addition to advances in treatment, Greenhill notes that she and her team couldn’t have build Careteam five years ago, because cloud storage wasn’t secure and everything had to be done on a site-specific instance, and that would’ve been cost-prohibitive to build. In other words, technology has been applied to, and vastly improved, healthcare overall, regardless of the general perception of the industry as an innovation laggard.

That’s why Greenhill’s startup doesn’t shy away from complexity – they embrace it. Careteam is designed not to try to and normalize and standardize the varied and highly specialized landscape of healthcare solutions and providers through anything like a one-size-fits-all API. Instead, the company’s tech development is cleverly designed to be flexible when it comes to integrations, and

“We collectively spent $1.9 billion in Canada, to try and digitize the healthcare system, create standards and create some exchange between data,” Greenhill said. “The NHS tried the same, big U.S. hospital systems have created their own little sort of islands, including Kaiser and Mayo and others. And the conclusion of all of that is standardization in healthcare just doesn’t seem to catch on.”

Careteam’s approach has been instead to integrate specific clinics, and let the benefits that practitioners and patients derive benefits and help spur the adoption of the platform to their companion organizations and clinics. It’s a sort of rhizomatic approach that starts with a node central to a patient’s care and spreads through the healthcare professionals and members of the patient’s support network that the product helps. And integration is made possible without technical demands on the part of partners thanks to the work of CTO Lysyk, according to Greenhill.

The Vancouver-based startup is working with the Centre for Aging + Brian Health in Toronto, Ontario in a validation program announced last year, and also raised an initial round of funding in January led by BCF Ventures with participation from Right Side Capital, Globalive Capital, Atrium Ventures, and angels Barney Pell and Ajay Agarwal .