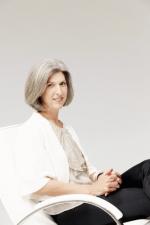 NEW YORK, May 2, 2016 /PRNewswire/ -- Nielsen Holdings plc (NYSE: NLSN) announced today the addition of Lauren Zalaznick as an independent director to the company's board of directors. Zalaznick is a seasoned executive with vast experience delivering growth for some of the strongest television and digital brands in media. Zalaznick advises and invests in digital media startups, primarily focused on new content platforms. She has held senior leadership roles with top media companies, including Comcast NBCUniversal and Viacom, most recently serving as executive vice president at Comcast NBCUniversal. Zalaznick currently sits on the board of directors for Shazam and Penguin Random House. She is a senior advisor to many industry-leading content and tech startups, including Refinery29, Atlas Obscura, and Medium.com. She is also an advisor to venture capital firm Greycroft Partners, The Sundance Institute, and Venture For America.

During her time with Comcast NBCUniversal, Zalaznick held various senior leadership positions, including chairman, Entertainment & Digital Networks and Integrated Media, where she oversaw Bravo Media, Oxygen Media, and The Style Network, as well as Telemundo, and Fandango, among others. She also established NBCUniversal's first company-wide marketing and sales groups, Green Is Universal and Women at NBCU. She began her career in independent film, where she produced a number of Cannes and Sundance Festival award-winning films.

Nielsen Holdings plc (NYSE: NLSN) is a global performance management company that provides a comprehensive understanding of what consumers Watch and Buy. Nielsen's Watch segment provides media and advertising clients with Total Audience measurement services across all devices where content—video, audio and text—is consumed. The Buy segment offers consumer packaged goods manufacturers and retailers the industry's only global view of retail performance measurement. By integrating information from its Watch and Buy segments and other data sources, Nielsen provides its clients with both world-class measurement as well as analytics that help improve performance. Nielsen, an S&P 500 company, has operations in over 100 countries that cover more than 90% of the world's population. For more information, visit www.nielsen.com.

To view the original version on PR Newswire, visit:http://www.prnewswire.com/news-releases/film-and-tv-veteran-lauren-zalaznick-joins-nielsen-board-of-directors-300260721.html