Excited about Zynga’s IPO? Get Ready for Korea’s Nexon 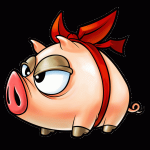 Silicon Valley loves to dismiss Asian companies as nothing more than copycats who thrive, particularly in China, because the government protects them and punishes Western competitors. Even when the businesses in question are dramatically different in practice and scale, they are described as the "eBay of China", "The Google of China" and "the YouTube of China," not Alibaba, Baidu and YouKu. I've argued why this is mostly nonsense before . But the starkest argument that Asia does indeed innovate may be found in the world of free-to-play games and virtual goods. This is a new market we're in a lather about here with the impending $1 billion IPO of Zynga, but one that is much larger and more than ten years old in Asia. And one of the industry's pioneers-- Korea-based Nexon-- is also said to be readying itself for an IPO. And get this: It has higher revenues, far better margins and dramatically better user engagement statistics than Zynga.
Read More >>
Related Stocks:
Data & News supplied by www.cloudquote.io
Stock quotes supplied by Barchart
Quotes delayed at least 20 minutes.
By accessing this page, you agree to the following
Privacy Policy and Terms and Conditions.