Why Stocks Are Down Today & 3 Penny Stocks To Watch Now

By: Penny Stocks to Buy, Picks, News and Information | PennyStocks.com - Feed
Are Penny Stocks Your Best Bet In This Down Market?

The stock market is down again today, but penny stocks have little to do with it. One of the things discussed earlier is the unique aspects of these cheap stocks. One of these is their innate ability to perform detached from broader market trends. That became clearer as the September 20th session began unfolding (or unraveling depending on how you see things).

What Are Stocks Down Today?

Stocks are down today because of heavy speculation. The situation with China Evergrande, the Chinese real estate developer, stoked more fears over the weekend. Concerns began growing as more details emerged on the potential severity of the situation. Here’s what we know right now. China Evergrande Group currently has more than $300 billion in liabilities right now.

It warned investors of cash flow issues and went as far as saying it could default if it isn’t able to raise money in the near term. It’s due to pay $83.5 million in Interest, another $47.5 million later in the month. But adding more uncertainty is the fact that Beijing hasn’t come out with direct commentary on whether it will or won’t lend a hand in this “Lehman-like” moment for China.

Read more: Best Penny Stocks on Reddit That You Need to Know About

All of this also comes against the backdrop of the Fed’s upcoming meeting. The FOMC will begin a 2-day session starting Tuesday to discuss, among other things, monetary policy. A big focus will likely be on the Fed’s taper schedule. It has been suggested that the Fed is determining when begin paring its support and highlighted “substantial further progress” as a sign that it could start doing so. This week’s Fed meeting is when investors will hopefully gain some color on this decision and get more clarity about the timing of tapering.

While the stock market has been down for days, TUEM stock has moved in the opposite direction. In fact, since the 15th, shares have climbed from lows of $1.54 to over $2.30 this week. We highlighted one of the more prominent catalysts for this move last week. In the article “5 Penny Stocks To Buy According To Insiders In September,” TUEM was one of the beneficiaries of insider activity. Specifically, Tuesday Morning’s CEO, COO, and CMO purchased more than 760,000 shares between average prices of $1.68 and $1.81.

Tuesday Morning specializes in off-price retail in name-brand home goods. A jump in home sales and new construction may have brought some speculation to names within this retail marketplace. According to the company, its first-quarter fiscal 2022 comparable store sales are up low single digits quarter-to-date compared to the similar period in fiscal 2020. It also expects to report an Adjusted EBITDA loss for fiscal 2022. This is slightly improved from fiscal 2021, based on headwinds from the industry-wide supply chain issues. Regardless, as reopening efforts continue, albeit unclear at present, companies like Tuesday Morning could be in the spotlight even with the stock market down today. 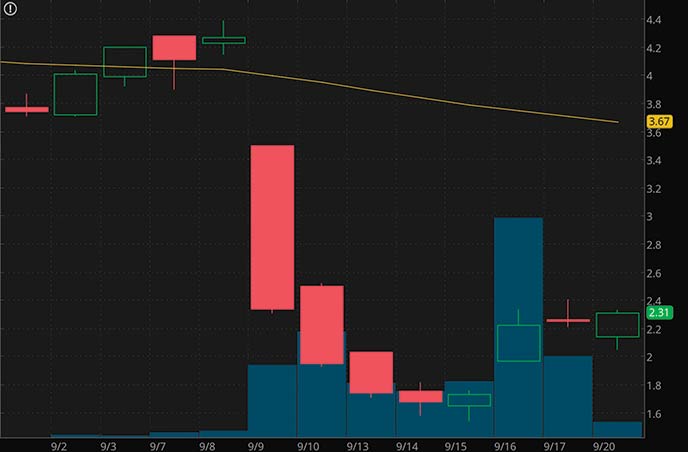 One of the penny stocks that has been under the radar more or less has been KULR Technology Group. Why do I say that? Compared to the broad range of high-flying penny stocks, KULR hasn’t been a benefactor of rampant retail speculation in meme stocks or momentum trading. However, year-to-date, KULR stock has managed to put in a move of more than 70%.

Considering that the company is in the fold of the ever-expanding EV space, it’s also interesting to see that it has upheld its higher levels over the last few months. Comparatively speaking, stocks like TSLA and NIO have rolled over during the previous few weeks with the rest of the market. The company provides carbon fiber thermal technology for batteries and electronic systems. Its roots go back to developing cooling solutions for NASA space missions. Now its applications extend across myriad industries, including 5G, electronics, and, of course, electric vehicles.

Last week the company announced that it would offer its KULR-Tech Safe Case to Heritage Battery Recycling, a lithium-ion battery recycling company. Since this update, KULR stock has been one to watch as shares have climbed roughly 14% since then. 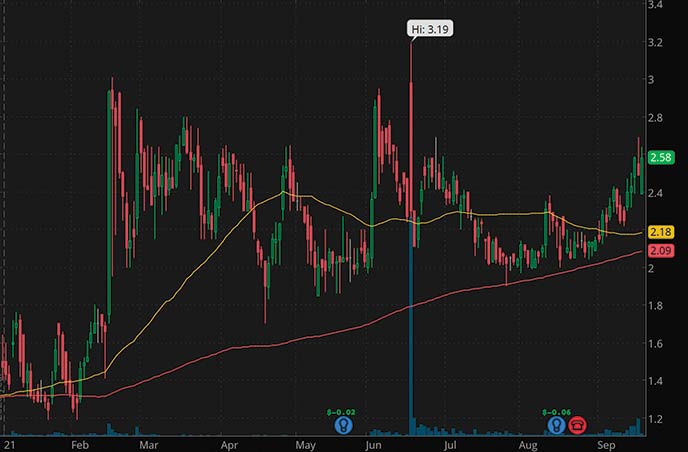 Biotech is another area of the market that tends to march to the tune of its drum. Over the last four months, biotech stock ETFs like the Nasdaq Biotech ETF (NASDAQ:IBB) have climbed strongly higher on industry optimism during the previous four months. In the case of penny stocks to watch, Oncocyte Corp. has recently bounced back while the stock market is down.

The initial move began after Oncocyte presented at the European Society for Medical Oncology – ESMO. This is one of the popular biotech conferences that several companies presented at recently (See: Best Penny Stocks To Buy? 5 To Watch This Week With Biotech Catalysts). In Onocyte’s case, the company revealed new data on its DetermaIO platform from its NeoTRIPaPDL1 Trial. This is the company’s diagnostic designed to figure out the likelihood of response to immuno-oncology therapies. According to Oncocyte, previous studies presented and published “support DetermaIO’s predictive utility in lung, bladder, and triple-negative breast cancer, suggesting a pan-cancer utility in both primary and metastatic settings.”

Something to follow now is a series of Key Opinion Leader events. The first event comes later this week, with Part 2 of the series on the 28th. This aims to highlight Oncocyte’s transplant rejection testing and DetermaIO in triple-negative breast cancer. 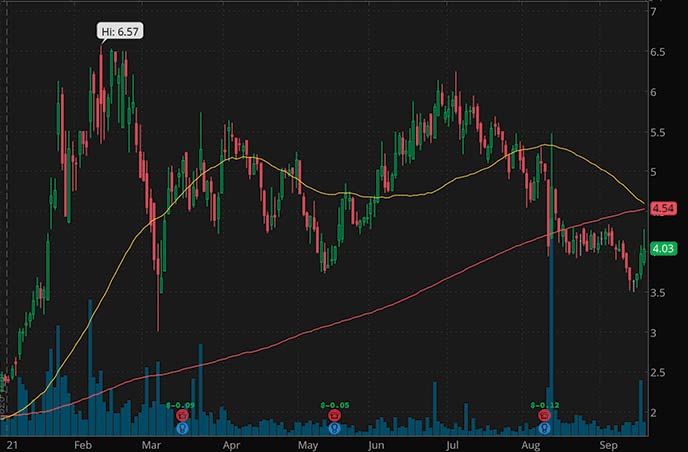 Are Penny Stocks Best When The Stock Market Is Down?

This is a question we received on social media earlier this month. When the stock market is down like today, investors and traders usually turn toward “stock picking” in certain circumstances. While passive investing works when markets climb, it’s harder to stomach during extended pullbacks. With the stock-picking mentality, penny stocks have become a favored niche. The critical thing to keep in mind is that these cheap stocks carry higher levels of volatility and risk. If you can handle that, they may be a good fit for the higher-risk portion of your portfolio.