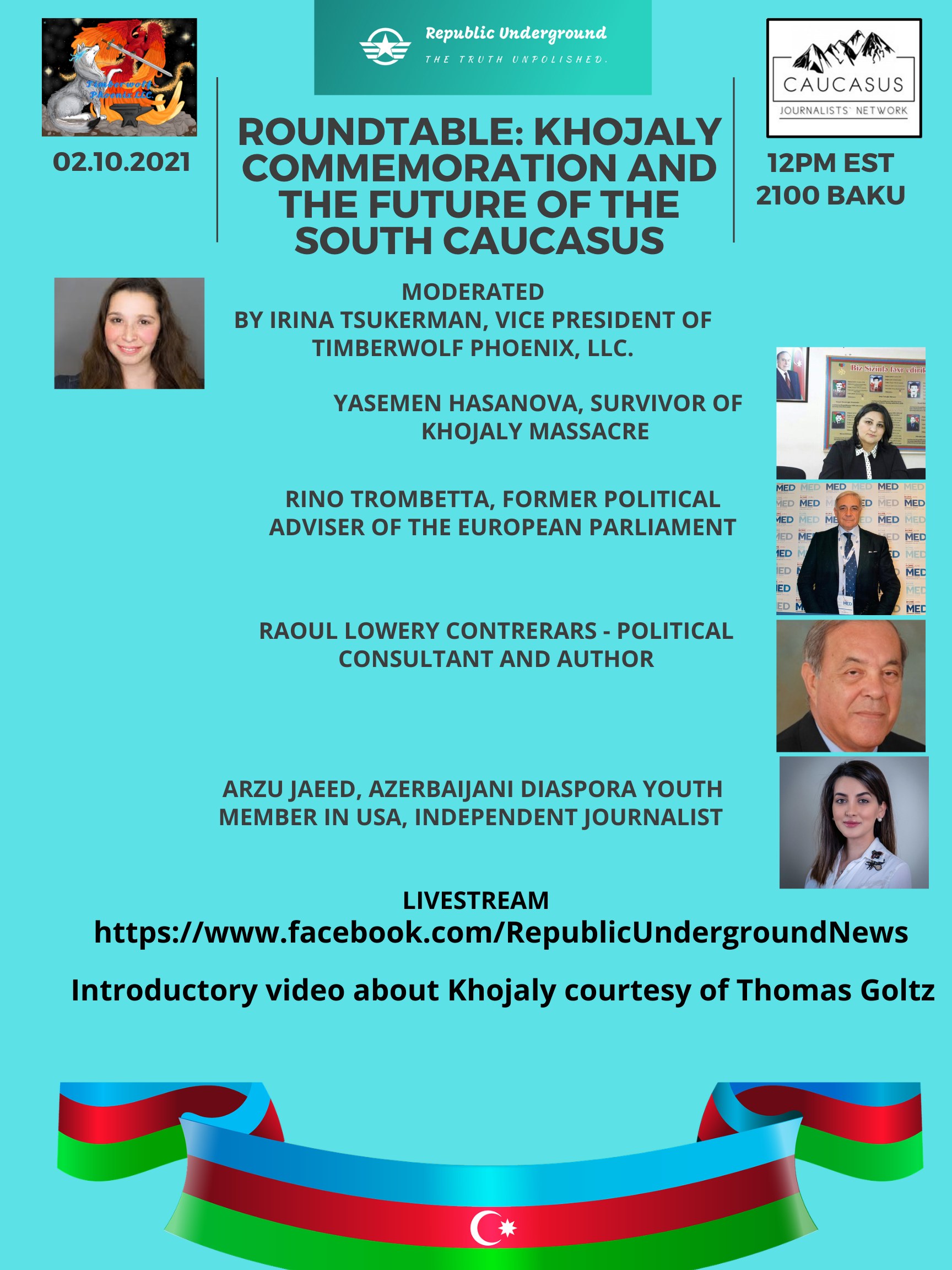 Politics and Money Have Cast a Shadow Over the Truth

San Diego, California Feb 21, 2021 (Issuewire.com) - Benjamin Minick and his team at Republic Underground get an inside look at the Khojaly Massacre from experts and survivors at their weekly round table with the Caucasus Journalists' Network. Check out the video and related articles below.

More information is available at https://www.republic-underground.com

Azerbaijan is a picturesque country nestled in the South Caucasus region. It boasts a multicultural heritage that speaks almost of a young America. There is a fantastic amount of acceptance and tolerance of people. These are fantastic building blocks, considering the country itself is exceptionally young.

Recent events between Azerbaijan and neighboring Armenia have highlighted the struggle for acceptance and, in some cases, existence. Since gaining its independence, Azerbaijan has been locked in conflict with its neighbor for almost 30 years. This has gone relatively buried in Western media outlets for many reasons.

There is a lot of back-and-forth between the neighboring countries. A long history of massacres and purported genocides has left many people in the West wondering what facts are and what fiction is. Most recently, the 44-day war between Azerbaijan and Armenia for the Nagorno-Karabakh region cast a dark shadow over peaceful resolutions.

The Khojaly massacre of 1992 still resonates with the population. Hundreds of victims were mercilessly slaughtered, and the rest were forced from their homes. The Republic Underground team recently held a roundtable discussion that brought together experts on the region and survivors of the massacre for an in-depth view behind the curtain of confusion.

There is hope for peaceful coexistence of both countries. If you were to ask the average citizen on any given day, some people are representative of each country living together in harmony. The roundtable discussion's primary focus was to acknowledge the past and honor those that have died but still look forward to a future that can be bright if both sides can find a way to cooperate.

To learn more about the project or get involved, check out the URL above.

This article was originally published by IssueWire. Read the original article here.