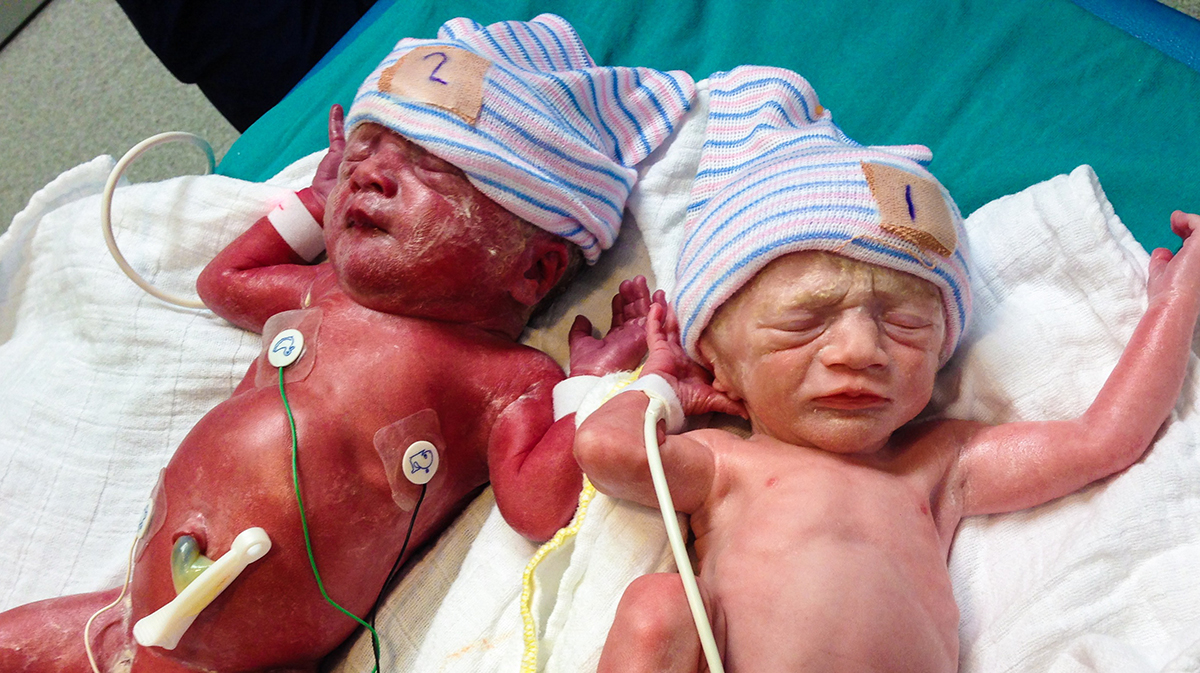 Almere, Flevoland Feb 2, 2021 (Issuewire.com) - March 3, 2021, marks 15 years since the naming of Twin Anemia Polycythemia Sequence, a rare disease affecting identical twins.  On this date, the TAPS Support Foundation will be recognizing the work of researchers worldwide, who have spent their time dedicated to discovering more about TAPS and raising awareness throughout February on vital aspects of this rare diagnosis.

TAPS affects between 3 and 5% of twins sharing a placenta and is caused by tiny connections in the placenta that pass red blood cells only from one baby, called the donor, to their sibling, known as the recipient.  There are 2 forms of TAPS, one happening after laser surgery for Twin to Twin Transfusion Syndrome (TTTS), and the other happening spontaneously. Both have severe short and long-term complications that affect the babies.

"TAPS research has evolved so much in the past 15 years. We now know how and when to screen with MCA dopplers. We also know more about the other signs and that it is vital to look for those.  It's also essential that we recognize the short and long-term effects of post-laser TAPS and spontaneous TAPS. Research is evolving continuously, and we need to raise the awareness of staying up to date with the latest findings. Twin Anemia Polycythemia Sequence Day is about recognizing the evolution of TAPS research and raising awareness. "  says Dr. Enrico Lopriore, head of Neonatology at the LUMC, Leiden, and patron of the TAPS Support Foundation.

There is a lack of awareness worldwide about TAPS. Many guidelines do not support vital screening in utero for it.

"This fuels the need to raise awareness about TAPS, the screening protocols, as well as the short and long-term effects," says Stephanie Ernst, the founder of the TAPS Support Foundation. "15 years of research says that we should be recognizing this rare disease and actively screening for it as part of care protocols for twins sharing a placenta. It's just no longer acceptable to say guidelines don't support it, as we now know more about it than ever."

Twin Anemia Polycythemia Day creates a meaningful and TAPS-centric day, where we can recognize the unique challenges families face and acknowledge the contributions and dedication of TAPS researchers across the world.

The TAPS Support Foundation is a not for profit organization dedicated to raising awareness of TAPS, providing a support network for families diagnosed, and helping research into this rare disease.  For more information, please contact hello@tapssupport.com, or visit our website at www.tapssupport.com

This article was originally published by IssueWire. Read the original article here.