By: Penny Stocks to Buy, Picks, News and Information | PennyStocks.com - Feed
Can These 4 Penny Stocks Reach New Highs in 2021?

This year has already gotten off to a great start for penny stocks. We see a few industries that continue to command interest. With so much occurring in the world right now, it’s best to start by picking a trading strategy before putting together your list of penny stocks to watch. In January, we’re seeing the major markets like the S&P 500 move to record highs. While this is not the most important factor for penny stocks, it shows an overall bullish sentiment. This means that investors are searching for companies that could show both short and long term gains. The way we see it, there are two strategies in use right now.

Second, there are plenty of penny stocks that are benefiting from the pandemic. This could be anything from biotech to cannabis and more. With these penny stocks, it’s, again, important to figure out how the business will do once the pandemic is over. These two factors are by no means the only ones to focus on, but they are a great place to start. For some further inspiration, here’s a list of penny stocks trading higher this week. Are new highs on the way?

One of the bigger movers of the day so far is Celsion Corp. Up 20.3% at midday on January 26th, CLSN stock sits at around $1.70 per share. Including today’s gain, shares of CLSN stock have shot up by almost 150% in the past month and 260% since November. This steep rise is underlined by the company’s work in the biotech sector. Celsion produces clinical-stage oncology-focused drugs. It utilizes the principles of RNA and DNA-based therapies to produce cancer-fighting agents. This includes its drug ThermoDox, which is currently in a Phase III trial for treating liver cancer. Additionally, the company holds claim to GEN-1, which is still developing to treat both ovarian and brain cancers.

While it isn’t working on a covid-related treatment, the company has seen heightened bullish interest from the uptick in bullish sentiment surrounding biotech penny stocks. A week or so ago, the company announced an at the market offering worth around $35 million. As we’ve stated many times before, fundraising methods like these are quite popular in the biotech industry.

They allow for accelerated growth and cover corporate and research costs before a drug is commercialized. This offering is definitely worth noting to see if it adds any further dilution to the market. With that in mind, is CLSN a penny stock to watch? 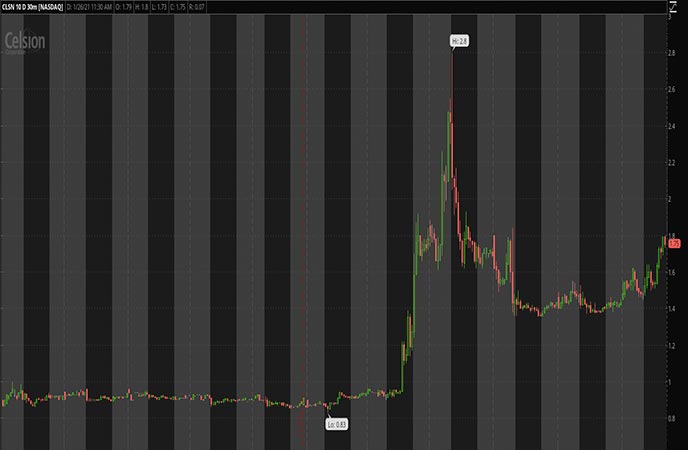 Another big gainer of the day is Genprex Inc., pulling in roughly 14% in midday gains. Interestingly enough, shares of GNPX stock look like they could be heading out of penny stock territory at its current price of $4.83 per share. Since November, shares of GNPX stock have shot up by over 50%, which is quite a notable gain. National Securities initiated coverage on Genprex this week, giving it a Buy rating.

This came alongside a $7 price target for the penny stock as well. With a 52-week high of over $7, GNPX could be an interesting penny stock to watch. To take a deeper dive, let’s look at its business model. The company is a clinical-stage gene therapy business focusing on both cancer and diabetes treatments. These are two substantial patient populations, which means that GNPX has quite a broad market. The company has a large pipeline of drugs, including Reqorsa, its lead product candidate. 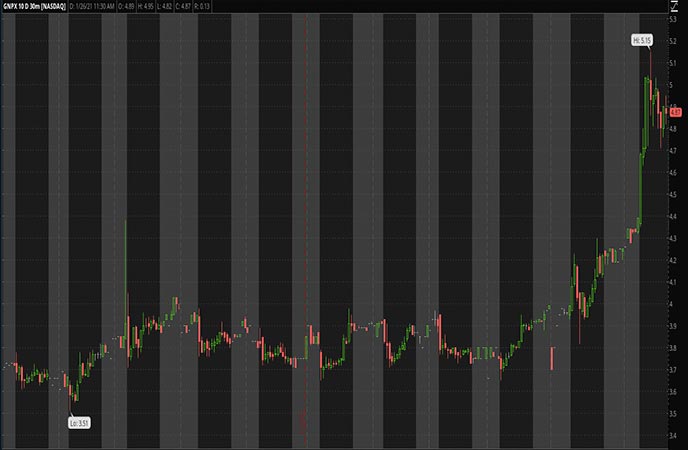 Another biotech penny stock on our list is Geron Corp. It works as a late-stage biopharmaceutical company with a focus on treating hematologic myeloid malignancies. While this may sound very specific, Geron has carved out a large niche for itself in the biotech industry. The company’s most prominent drug is a telomerase inhibitor known as Imetelstat. This drug is currently in two Phase III clinical trials for this compound. In the previous stage, the company stated that positive clinical data showed that this treatment could modify certain aspects of myelodysplastic syndromes.

A month or so ago, the company announced that it would be opening a new Phase III clinical trial utilizing its IMpactMF product to evaluate imetelstat. The Chief Medical Officer for Geron, Aleksandra Rizo, states that “as Geron’s second registration-enabling Phase III trial in hematologic myeloid malignancies, the IMpactMF trial represents a milestone for our Company. The IMpactMF trial will evaluate imetelstat in a poor-prognosis refractory MF patient population to confirm the clinical benefits of extended overall survival and symptom improvement.” 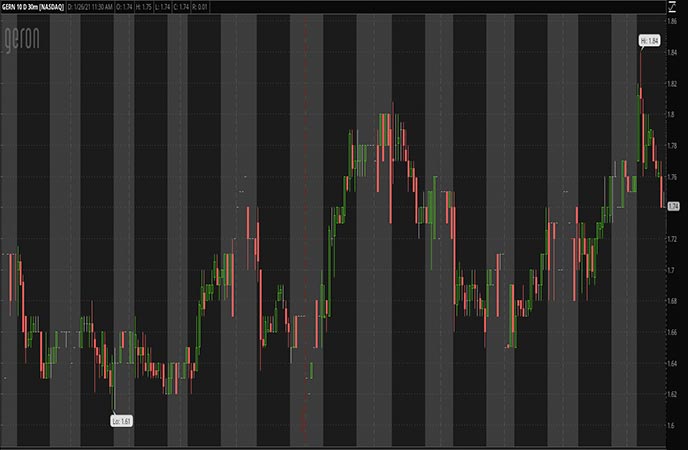 The company focuses on diabetes and hypertension-related drugs. Its leading candidate, Afrezza, is a highly regarded inhalable insulin. Currently, insulin is often given to those who have diabetes in a more invasive way, often requiring hypodermic needles or under-skin implants. With this inhalable technology, MannKind has an opportunity to capitalize on a huge industry. In 2020, Fortune Business Insights stated that the human insulin market was worth roughly $27 billion worldwide.

Additionally, the report states that the industry is growing at a solid 3.4% CAGR to 2026. With over 34 million people living with diabetes in the U.S. alone, this product could be well received by the public. With all of this in mind, MNKD stock does remain a rather volatile penny stock to watch. But if this is what you’re looking for, MNKD could be worth keeping an eye on. 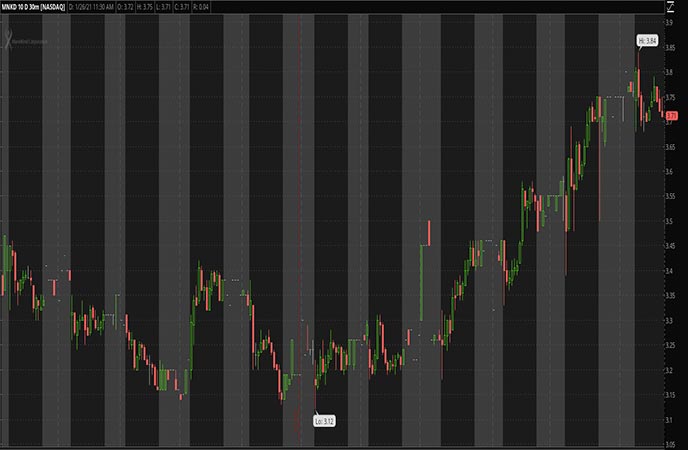