Incoming President Biden has long been lauded for his support of green energy & we’ve seen this reflected in many penny stocks. Last week, in fact, we discussed several green energy penny stocks to watch as things like solar and hydrogen have begun gaining momentum. There’s something else that traders should keep in mind, and it could be at least a short-term bullish case for things like oil and gas.

Why would that be in light of Biden’s green energy initiatives? In short, I’ll ask you this: what is available right now as a power supply that would handle the construction of such infrastructure at the scale this administration wants? The fact is, oil and gas are currently the largest sources literally fueling manufacturing and construction. Whether you like that or not, to build the green energy future, right now, the quickest route is using things like fossil fuels.

Now, will all projects require traditional energy sources like these? I don’t think so, but in general, it doesn’t hurt to consider things like that when it comes to finding new trends.

On top of this, you’ve also got the other side of the coin, including restrictions on certain drilling operations. For instance, the Biden administration recently suspended new leasing for fossil fuel production on federal lands and waters, as well as the issuance of new drilling permits. This could be a big blow to Texas’s oil industry; however, it could create a low supply environment in the interim for oil prices.

“A faster vaccination roll-out would, in turn, accelerate the rebound in jet fuel consumption, which still accounts for more than half of the remaining lost oil demand.”

Will this potentially low-supply, higher-demand environment give oil prices and stocks a boost? That’s something we’ll be watching. Here are 5 energy stocks that’ve gained ground recently. Will they be the best penny stocks to buy, or should you avoid them at all costs?

A few days before the U.S. Presidential Election, shares of Vertex hit new 52-week lows of $0.40. Since then, VTNR stock has held a strong uptrend that has now reached highs of $1.45 this month. What’s more, VTNR stock pullback from those highs last week but managed to rebound and close Friday’s session at $1.28

While there haven’t been many headlines from the company, industry momentum has helped. What has also become a point of speculation is Vertex’s last earnings report. The company beat EPS estimates by 50% & despite missing sales estimates, Q3 was a growth quarter for the company. In particular, Vertex realized 36% quarter-over-quarter organic growth in direct-used motor oil collections, supported by improved vehicle miles traveled.

“Beginning in the first quarter of 2021, we plan to begin supplying our Marrero refinery with pre-treated intermediates from Myrtle Grove, consistent with our continued focus on asset optimization. We are currently in discussions with third-parties to fund a project at Myrtle Grove that would allow us to begin commercially treating raw vegetable and other organic waste oils that refiners can use as a feedstock in the production of renewable diesel fuel,” said CEO Benjamin P. Cowart in the earnings update.

With that in mind and Q1 already underway, will we see further progress in the coming months? 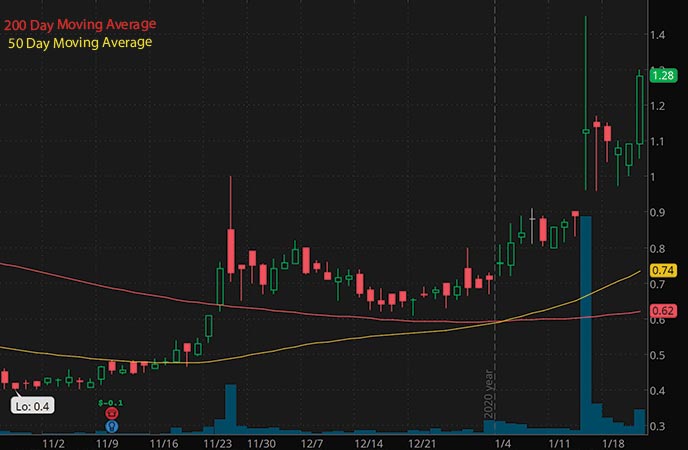 One of the energy penny stocks we’ve discussed many times in the past continues gaining attention. Uranium Energy has been in an uptrend of its own since late last year. The uranium mining company has several projects, including those in Arizona, New Mexico, and Colorado.

Uranium energy stocks have been a much bigger focus over the last few months, thanks to certain government initiatives. Most of these focus on advancing nuclear power in the U.S. Though we haven’t seen many headlines from Uranium Energy, the recent surge likely has a lot more to do with speculation on an upcoming Senate vote.

Last year, the US Senate Committee on Environment and Public Works approved the American Nuclear Infrastructure Act, including establishing a US national strategic reserve of uranium. The goals of the act include “reestablishing international competitiveness and global leadership in the nuclear industry.” It also looks to expand on advanced nuclear technologies and preserving existing nuclear energy generation. The Act also sets out to “revitalize” America’s nuclear supply chain infrastructure and implement several incentives and requirements related to the nuclear energy workforce.

So as global nuclear energy demand continues to grow and new initiatives are put in place, companies like Uranium Energy could be the ones to watch right now. 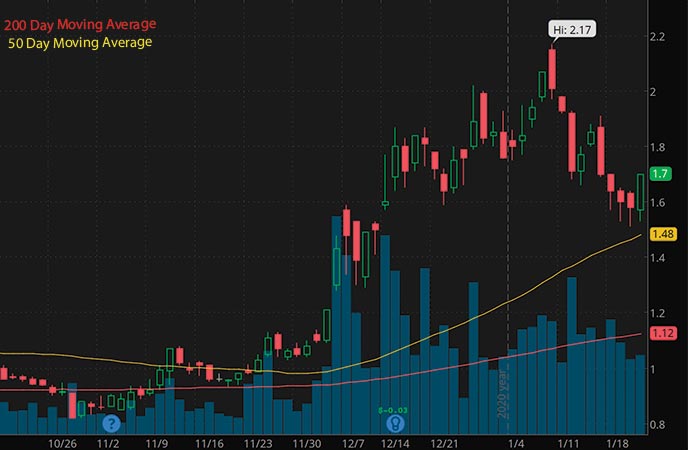 On Thursday, January 21st, shares of NGL stock shot up by as much as 20%. This put it at a midday share price of around $3.15. In the past few days, NGL has released quite a few updates, leading to heightened volume in trading sessions. Earlier in the week, NGL Energy announced that it had come to an agreement with oil and gas producer, Extraction Oil and Gas. With this, the two will now begin a partnership that has sparked a 15% adjusted EBITDA growth estimate for fiscal 2022. Obviously, it will take some time before we see this partnership pay off. But, in the meantime, we could see revenue begin to jump up slowly.

A day later, the company announced that it would be issuing roughly $2.05 billion in bonds through a private placement. The goal is to reduce some of its outstanding debt and bring in enough funds to continue operations. This is especially important concerning the aforementioned partnership. If all of this wasn’t enough, the company announced when the next dividend payout would be concerning its preferred shares.

These various events are a perfect example of how speculation can affect certain penny stocks. While this is exciting news, investors should continue to think in both the short and long term. With all of this considered, will NGL be on your list of penny stocks to watch? 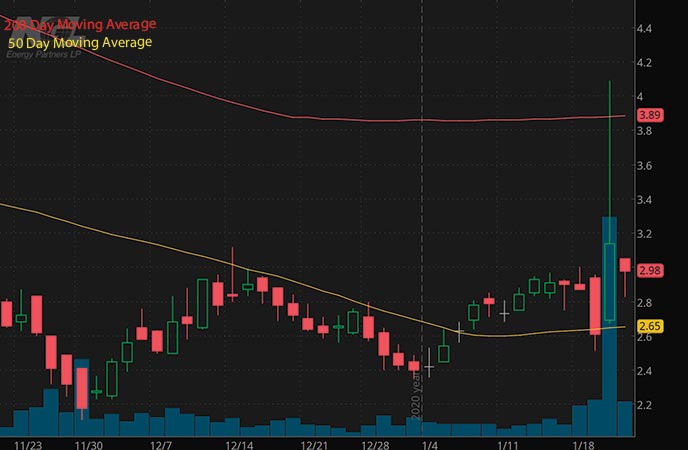 Like the other stocks in the article, Frank’s International has also gotten a nice boost during the last few months. Since hitting 52-week lows of $1.49 at the end of October, FI shares have climbed to highs of $3.41 this month. Despite reporting a third-quarter miss in its last earnings update, it’s clear that Frank’s is focused on streamlining operations. Its third-quarter net loss of $27.8 million was a 19% improvement compared to the prior quarter. The company also expected year over year cost reductions to exceed 25% of the total cost base. According to Frank’s, this reflects savings of roughly $60 million of indirect and SG&A support costs.

“We expect near-term activity levels to be driven by the return of rigs to the marketplace, the start-up of previously delayed work, and the commencement of certain projects scheduled to begin during the fourth quarter.  We see these trends continuing into 2021 and believe next year will provide for stronger overall financial results.” 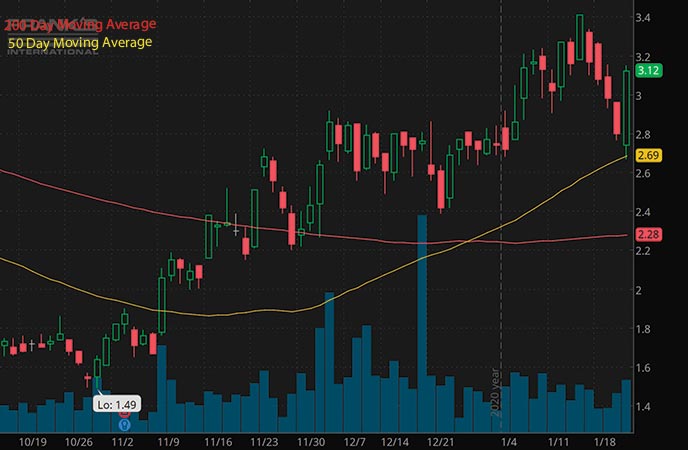 I discussed many traditional energy stocks that focus on oil and gas. Aemetis has become one of the new entrants to the EV arena recently. Last month, the company announced that its Aemetis Properties Riverbank, Inc. subsidiary acquired roughly 20% ownership of Nevo Motors, Inc. This was under a Strategic Electric Vehicle Production Facilities Agreement and will use current and future Aemetis manufacturing facilities and fueling stations and renewable natural gas and renewable electricity produced by Aemetis.  High Capacity Electric Vehicles from Nevo Motors are designed for heavy cargo and long-range.

With “alternative fuel” in mind, this month, the company announced its exclusively licensed below zero-carbon renewable fuel production technology was awarded U.S. Patent No. 10907184 (to be published February 2, 2021). This enables the launch of its “Carbon Zero” production plants to commercialize the technology. These Carbon Zero plants are integrated with existing Aemetis production facilities to produce energy-dense renewable fuels using renewable energy and below zero carbon intensity waste feedstocks.

But it isn’t just “alternative fuel” that Aemetis is targeting. It’s also gaining traction in alternative energy. Last week, its “Carbon Zero” biofuels production process received a total of $16.8 million of solar energy and other energy efficiency grants to fund upgrades of the Keyes, California plant. This will support the production of zero-carbon renewable fuel. The renewable energy and efficiency projects funded by the grants have already been launched into the design, permitting, construction, and commissioning process. These projects are said to provide an estimated $18 million per year of increased margin, equal to about $0.75 net income per share annually. 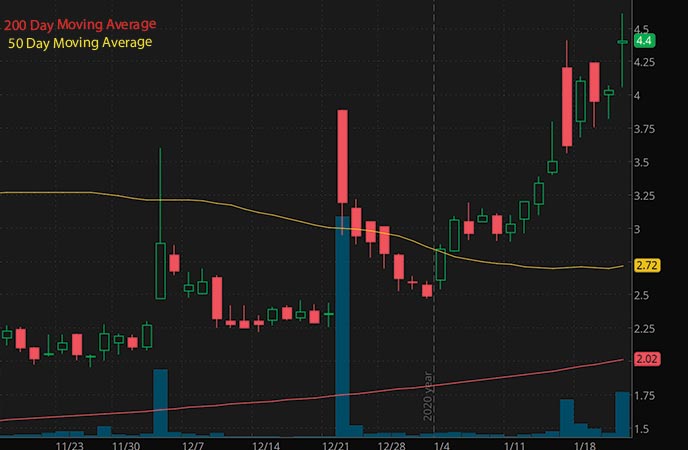 Early in Biden’s presidency, there are numerous catalysts to look at when it comes to energy stocks. We can look at the positives for traditional oil and gas and the growing green energy trend. No matter what, keep an eye on things like sentiment and, with oil and gas, keep track of active commodities prices. Quick shifts in the price of oil can become big sources of momentum (in either direction). With this in mind, will these energy stocks be on your watch list during the final days of January?