LTC fighting for $160 as it posts double-digit gains 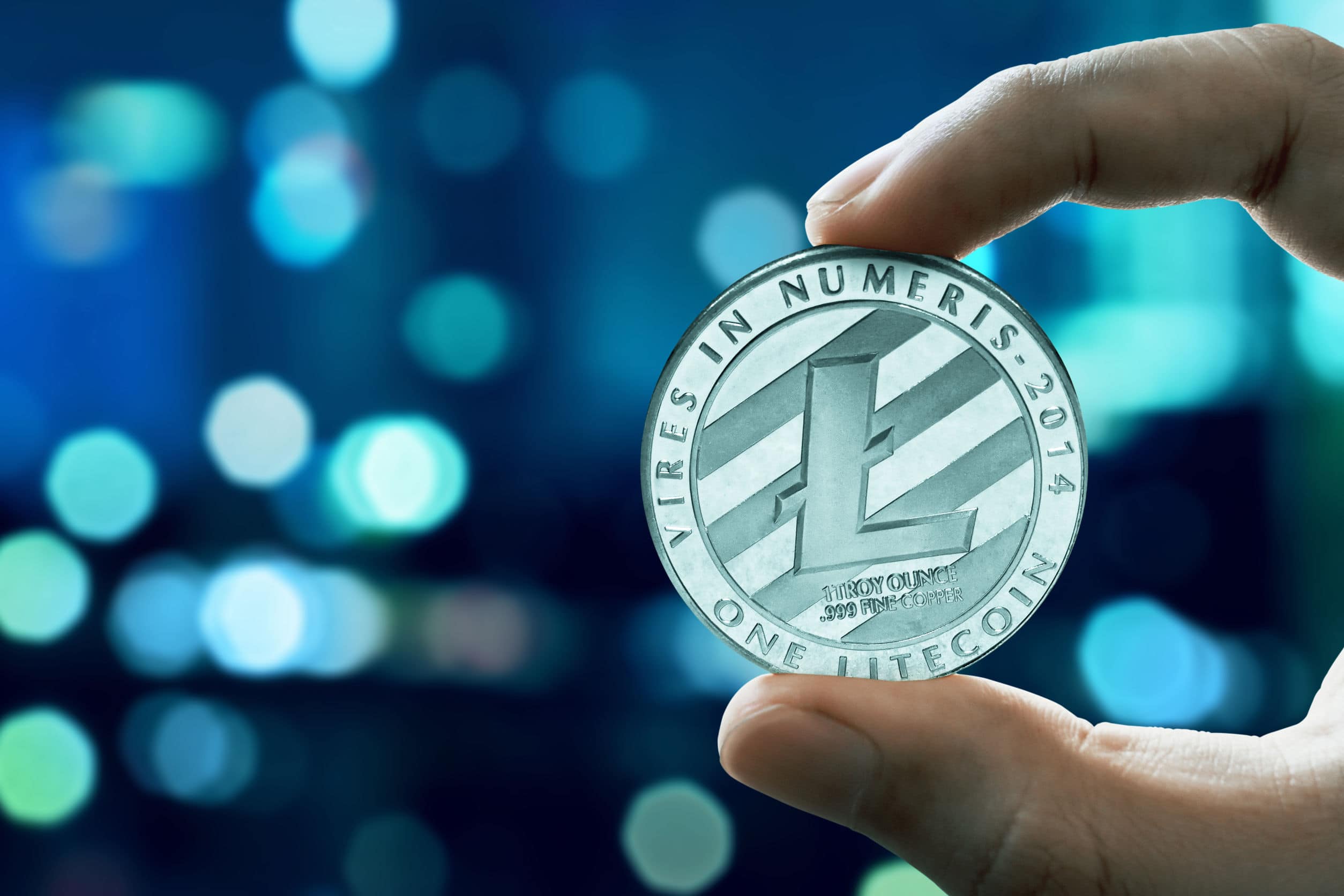 Litecoin spent the majority of the new year trading in the same direction as Bitcoin, but with a lower intensity. However, LTC bulls stepped into the market today and sent its price towards the $160.8 resistance level. This move came as a part of a mini altseason that seemingly started in the recent days.

Fundamental analysis: LTC push is not about Litecoin at all?

Litecoin (LTC) is a cryptocurrency designed to provide fast, secure, and cheap payments by leveraging blockchain technology. It was created based on the Bitcoin (BTC) protocol, but while the core values are the same, it differs in terms of the hard cap, the hashing algorithm used, block transaction times, and several other factors. Litecoin was created by Charlie Lee, a former Google employee, who wanted to create a “lite version of Bitcoin,” in that it has many of the same properties as Bitcoin, but to act as digital silver to Bitcoin’s digital gold.

Even though the Litecoin Foundation recently announced a couple of partnerships and a US Litecoin Visa debit card rollout, these factors didn’t play a major role in LTC’s push up. In fact, most of the gains it made today were just bulls stepping in as the altcoin season started. Litecoin’s overall outlook is decently bullish.

At the time of writing, Litecoin is trading for $160, representing a 30.11% month-over-month gain. Litecoin is currently the 7th largest cryptocurrency by market capitalization, boasting a value of $10.62 billion.

Taking a look at the daily chart, LTC/USD has been on a steady uptick after an 11 Jan crash. With the price fighting for the $160.8 level for hours, we can call this level a pivot point. LTC’s short-term price movement will greatly depend on how this level is tackled.

If Litecoin manages to break $160.8 with confidence and confirm its position above it, bulls may push the price further up towards this year’s highs of $186.3. On the other hand, if LTC fails to break this crucial level, a retracement towards the previous levels and a possible test of the $145 zone is entirely possible. 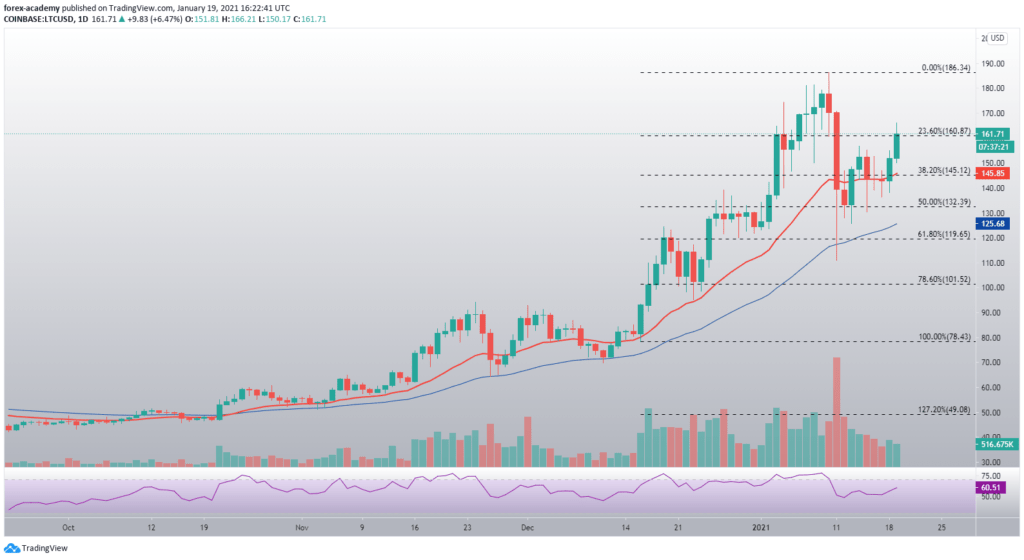 Litecoin’s daily RSI is slowly ascending from the neutral levels and closer to the overbought area, with its value currently sitting at 60.51. 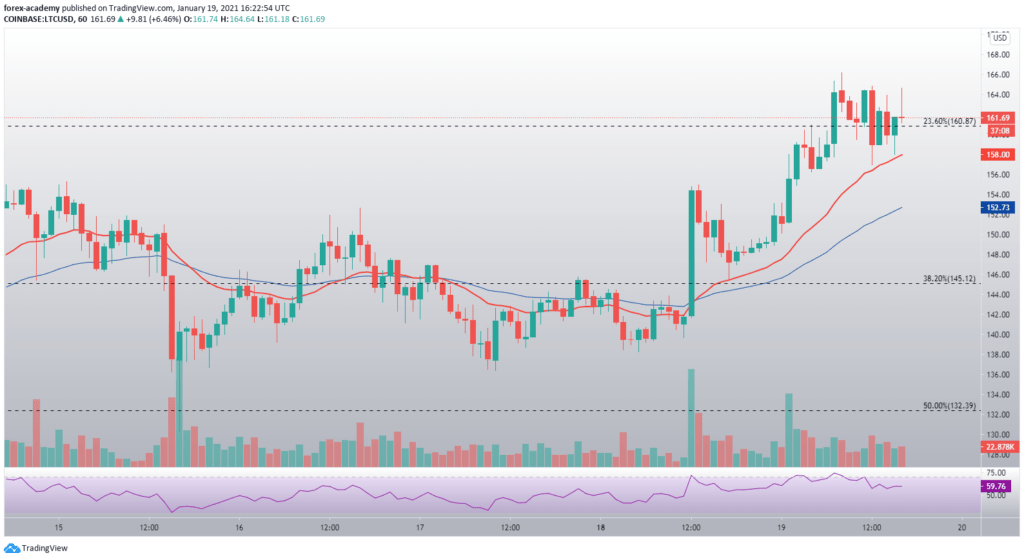 Litecoin’s hourly time-frame shows us the two price spikes, one that took LTC to just below $155, and the other that seemingly ended around the $165 mark. While it seemed at one point like the gains from the first push will be eaten away by the retracement, LTC bounced off of the 21-hour EMA, and the 38.2% Fib retracement level of $145.1, and pushed the price up towards $160.8 level.

Litecoin is currently fighting for the $160.8 level, which can be considered a pivot point. Breaking this level to the upside could mean a possible push towards the yearly highs, while failing to break this level could mean a stronger retracement towards $145.

The post LTC fighting for $160 as it posts double-digit gains appeared first on Invezz.