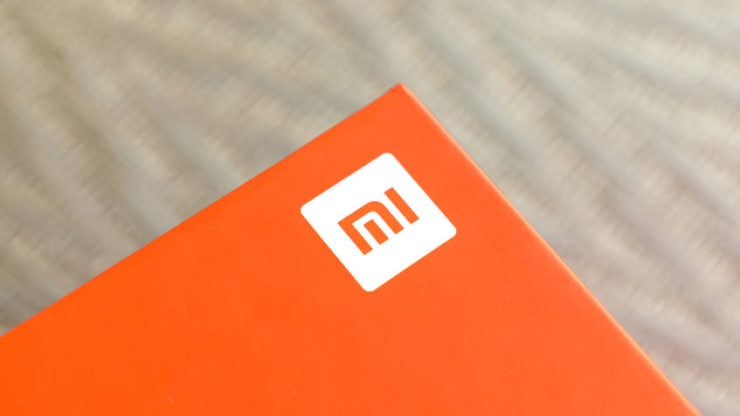 Shares of Xiaomi (HKG: 1810) plunged on Friday after the Department of Defense (DoD) added the smartphone maker to the list of companies that are allegedly connected to the Chinese military.

Xiaomi, the world’s third-biggest smartphone maker in the third quarter of the last year, is now added to the blacklist of companies that are affected by Trump’s executive order, signed in November.

The order prohibits US-based investors from investing in companies that are allegedly controlled by the Chinese military and the ruling communist party. Therefore, investors are now forced to sell out of their stakes in Xiaomi.

“The Department is determined to highlight and counter the People’s Republic of China’s (PRC) Military-Civil Fusion development strategy, which supports the modernization goals of the People’s Liberation Army (PLA) by ensuring its access to advanced technologies and expertise acquired and developed by even those PRC companies, universities, and research programs that appear to be civilian entities,” the DOD said in a statement.

Xiaomi responded by dismissing such claims.

“The Company reiterates that it provides products and services for civilian and commercial use. The Company confirms that it is not owned, controlled or affiliated with the Chinese military, and is not a ‘Communist Chinese Military Company’ defined under the NDAA,” Xiaomi said in the statement.

“[The company will] take appropriate course of actions to protect the interests of the Company and its shareholders.”

It remains to be seen whether the new US president Joe Biden will reverse the administration’s course on blacklisting prominent China-based companies.

Xiaomi stock price gapped over 10% lower at the Friday morning open in Hong Kong to start a volatile trading session. At one point, shares traded about 14% lower on the day to print the lowest levels in a month. 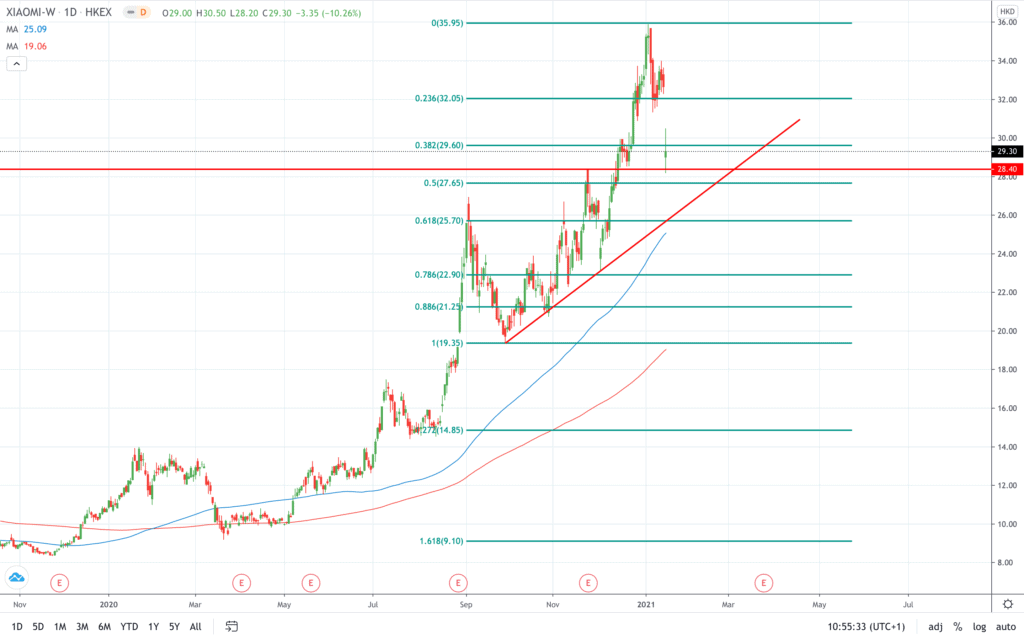 The plunge stopped at 28.40, where the horizontal support line offers nearby support. A deeper pullback will target 25.70, which offers stronger support. On the upside, 31.40 will now act as resistance.

Xiaomi stock price tumbled more than 10% today after the Department of Defense (DoD) added the company to the list of companies that are allegedly controlled by the Chinese military and the communist party.