Best Penny Stocks To Buy On Robinhood This Week? 4 For Your List

Trading penny stocks this week? If you are, you may be looking for ones with more momentum and/or liquidity. So when you talk about stocks like these, most of the time you can find the vast majority being “listed penny stocks”. These are different from OTC penny stocks in that the listed names trade on major exchanges like the NYSE and NASDAQ. One of the platforms synonymous with listed penny stocks is Robinhood. So for all intents and purposes, when we talk about penny stocks on Robinhood, in this article we’re talking about NASDAQ & NYSE stocks.

Those of you who I know will ask, “well, don’t these trade on other platforms?”, the answer is yes, of course. In any case, for the millions of new traders who’ve become users of the app and are looking for penny stocks on Robinhood, we’ll go over a few that’ve begun trending recently.

Heading into the week, there are a few industries that could be set for more attention. First, biotech, which has remained hot this year, will likely see some attention. In addition to COVID news, this is the last week of the year. Those companies that’ve said they expect certain results before year-end now have 4 days to do so. Furthermore, at the start of the week, we’re likely to see technology, fintech, bitcoin, & blockchain stocks on watch.

The price of Bitcoin reached new records over the long weekend. Bitcoin mining stocks have been hot lately and that may continue grabbing attention at the top of the short week. The question you need to ask yourself is will they be the best penny stocks to buy right now or should you avoid them at all costs?

Canaan Inc. (CAN Stock Report) is one of the bitcoin stocks to watch this week. The company’s stock saw a big spike in November but has since been in consolidation mode. Considering the action in cryptocurrencies over the weekend, it could be on the radar. It isn’t like a company such as Grayscale Bitcoin Trust (GBTC Stock Report). Greyscale is a digital currency asset manager. In comparison, Canaan is in the “pick and shovel” portion of this ecosystem. Canaan produces mining machines and AI chips. The company commented on the rebounding momentum it has seen since the start of the pandemic, in its last quarterly update.

“The pandemic and resulting macroeconomic uncertainties continued to impact the production capacity of the global IC industry in the third quarter of 2020. However, the demand for mining machines in the market continued to rebound during the third quarter, and we have received a large number of pre-sale orders which are scheduled for delivery starting in the fourth quarter of 2020.”

Furthermore, it’s important to understand just how substantial Q4 2020 and Q1 2021 deliveries might be. If you look at the company’s earnings call transcript, you’ll see that as of the end of this November, the aggregate value of total pre-sale order deliveries for both already exceeded US$45 million. Obviously, with robust pre-sale orders and the rising price of bitcoin, companies like Canaan could be on the radar before 2021. 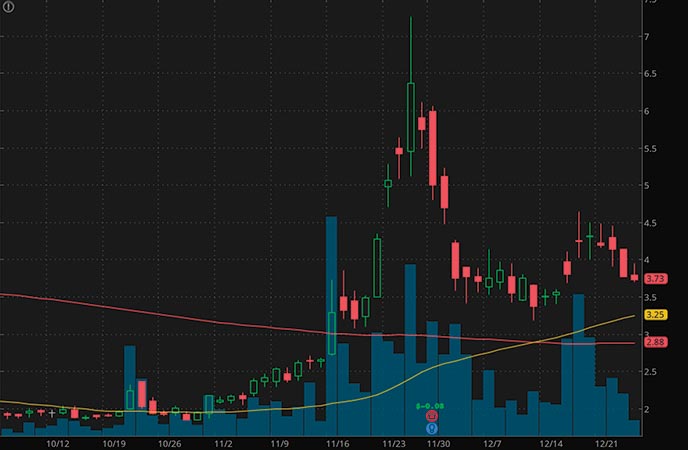 Something else to consider during the pandemic is lifestyle brands and products. New Age Inc. (NBEV Stock Report) is one of the former marijuana stocks to watch. It previously focused on CBD infused beverages. It has since far expanded on its model to focus more on social selling and distribution in general. Much of the recent attention has been on its pending deal to acquire ARIIX. Toward the end of November, New Age officially finalized and closed the merger agreement for the acquisition.

There haven’t been many new updates since then. However, the second half of December has been a strong one for NBEV stock. Following some consolidation earlier this month, NBEV has once again begun heading higher. It also seems to have established some support at its previous July level of resistance around $2.80. In light of the closed merger and a recent credit facility, will this be on your list of penny stocks to watch right now? 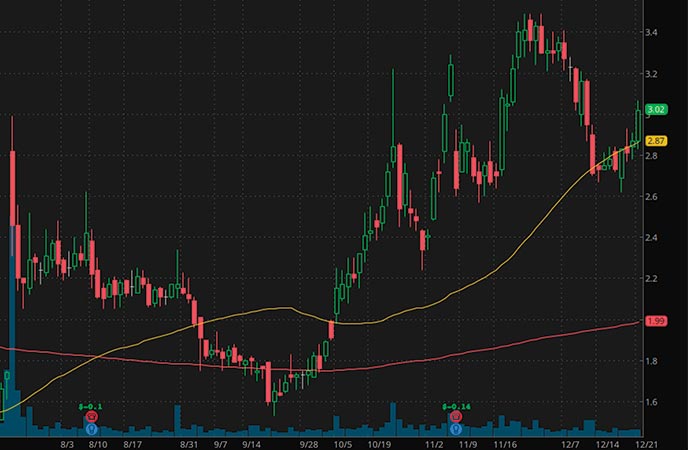 NeuroMetrix Inc. (NURO Stock Report) is another one of the listed penny stocks that traders are watching right now. The company produces Wearable neuro-stimulation therapeutic devices and Point-of-care neuropathy diagnostic tests. These are used for anything from pain management to detecting diabetic peripheral neuropathy.

What’s got NURO stock in focus this month? There haven’t been any headlines from the company directly. However, the US Patent & Trademark Office seems to have helped things a bit. Earlier this month, it was revealed that the company obtained a new patent titled “Transcutaneous electrical nerve stimulation using novel unbalanced biphasic waveform and novel electrode arrangement.”

This, in particular, could be another piece of supporting documentation for the advancement of the company’s pain management arm. Specifically, the QUELL device supports pain relief and has been a target for those interested in bio-tech. There’s an automated pain management feature supported by things like a mobile and Apple Watch app. In the company’s own words, it “combines advanced neurotechnology in a wearable format with a sophisticated app for users to personalize and control therapy while tracking relevant health metrics.” 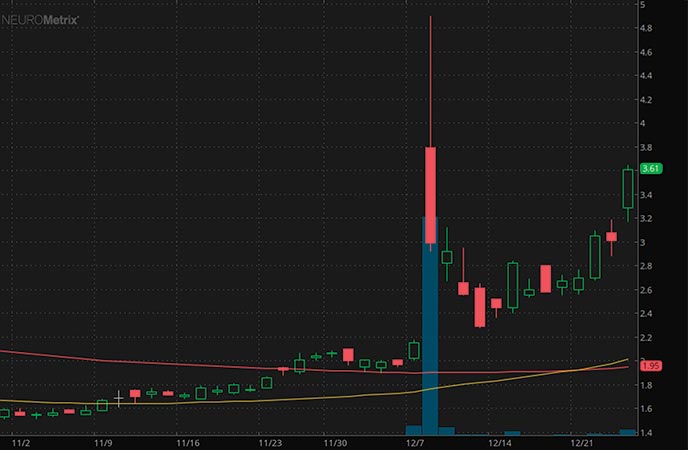 Color Star Technology Co. Ltd. (CSCW Stock Report) had one of its most active trading sessions of 2020 on Thursday. Yes, it was a half-day and CSCW stock traded more than 47 million shares. This came only second to June 11th’s 56.95 million shares. We highlighted the company at the end of the shortened holiday week among other tech stocks keeping in mind that eLearning is still a big focus right now.

[Read More] 3 Penny Stocks On Robinhood To Buy Under $3

The pandemic has done a number on in-person businesses. Color Star, however, has benefited from this in a number of ways, including the launch of its Color World App. Color star could be on the radar right now considering the plan for the week ahead. Specifically, the company’s set to launch an international version of its Color World App on December 31st.

“Color World International will become another pillar for our entertainment infrastructure and facilitate online and offline integration. In 2021, we will promote our Color World App to more countries and regions and host a variety of offline performances,” said Luke Lu, Chairman and Chief Executive Officer of Color Star in a press release.

Considering the planned launch of Color World this week, will that anticipation be enough to stoke continued momentum in the stock? In addition to the potential fundamental catalyst, we’re also seeing that the technical trend has CSCW stock testing its 200 Day Moving Average as well as closing in on its prior gap down from back in September. 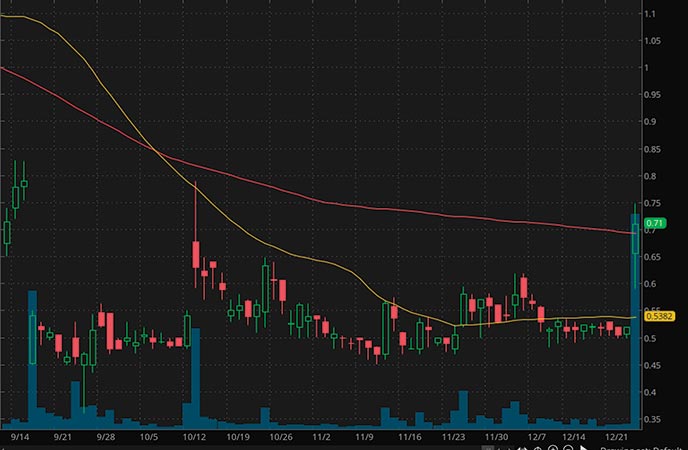