By: TimkenSteel Corp. via PR Newswire

CANTON, Ohio, Dec. 18, 2020 /PRNewswire/ -- TimkenSteel (NYSE: TMST), a leader in customized alloy steel products and services, today announced its Board of Directors has approved several important executive leadership changes. Michael S. Williams has been named president and chief executive officer of the company and has also been elected to the board of directors effective January 1, 2021. Terry L. Dunlap, who has served as the company's interim chief executive officer and president since October 2019, will remain on the board and resume his role as an independent director of the company, effective January 1, 2021. 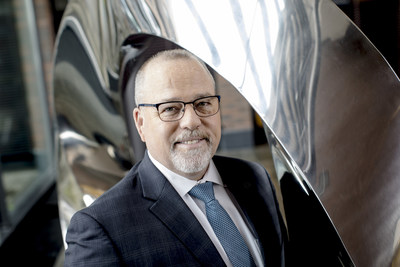 "Mike is the right person to lead TimkenSteel into the future, given his extensive industry experience and proven track record," said Terry Dunlap, interim chief executive officer and president. "The TimkenSteel team has worked diligently with me over the past 15 months to improve the financial results of the company, and I know Mike is prepared to build on that momentum. I look forward to supporting Mike and the company in my continued role as a director."

Williams was most recently the chief executive officer of Bayou Steel Group, a U.S. producer of structural steel and merchant bar. Prior to joining Bayou, Williams served as President Outokumpu Americas for Outokumpu Oyj, a global leader in the stainless steel industry. Before that, Williams held a number of leadership roles at U.S Steel including senior vice president North American Flat Rolled, and most recently senior vice president, strategic planning and business development. Earlier in his career, Williams served as vice president of commercial products at Special Metals Corporation and as chairman and chief executive officer of Ormet Corporation.

John P. Reilly, chairman of TimkenSteel's Board of Directors said, "I would sincerely like to thank Terry for his focus and strong leadership during a challenging time for TimkenSteel amid a global pandemic. Under Terry's leadership, we have strengthened the company's balance sheet and streamlined the company to better serve our customers now and in the future."

Additionally, Frank A. DiPiero will step down as executive vice president, general counsel and secretary of the company, effective December 31, 2020. DiPiero has served in this role since 2014.

Reilly said, "Frank was instrumental in structuring the company at the spinoff in 2014 and helping guide it since then, and his leadership will be greatly missed. We thank him for his many contributions, and we wish him well in his future endeavors. At the same time, we are pleased to have an experienced and capable successor in Kris, who has partnered with Frank since the spinoff, bringing critical expertise and leadership at an important time in the company's journey."

About TimkenSteel Corporation
TimkenSteel (NYSE: TMST) manufactures high-performance carbon and alloy steel products in Canton, OH serving demanding applications in automotive, energy and a variety of industrial end markets. The company is a premier U.S. producer of alloy steel bars (up to 16 inches in diameter), seamless mechanical tubing and precision components. In the business of making high-quality steel primarily from recycled materials for more than 100 years, TimkenSteel's proven expertise contributes to the performance of our customers' products. The company employs approximately 2,055 people and had sales of $1.2 billion in 2019. For more information, please visit us at www.timkensteel.com.

FORWARD-LOOKING STATEMENTS
This news release includes "forward-looking" statements within the meaning of the federal securities laws. You can generally identify the company's forward-looking statements by words such as "will," "anticipate," "believe," "could," "estimate," "expect," "forecast," "outlook," "intend," "may," "possible," "potential," "predict," "project," "seek," "target," "could," "may," "should" or "would" or other similar words, phrases or expressions that convey the uncertainty of future events or outcomes. The company cautions readers that actual results may differ materially from those expressed or implied in forward-looking statements made by or on behalf of the company due to a variety of factors, such as: the potential impact of the COVID-19 pandemic on the company's operations and financial results, including cash flows and liquidity; whether the company is able to successfully implement actions designed to improve profitability on anticipated terms and timetables and whether the company is able to fully realize the expected benefits of such actions; deterioration in world economic conditions, or in economic conditions in any of the geographic regions in which the company conducts business, including additional adverse effects from global economic slowdown, terrorism or hostilities, including political risks associated with the potential instability of governments and legal systems in countries in which the company or its customers conduct business, and changes in currency valuations; the effects of fluctuations in customer demand on sales, product mix and prices in the industries in which the company operates, including the ability of the company to respond to rapid changes in customer demand, the effects of customer bankruptcies or liquidations, the impact of changes in industrial business cycles, and whether conditions of fair trade exist in U.S. markets; competitive factors, including changes in market penetration, increasing price competition by existing or new foreign and domestic competitors, the introduction of new products by existing and new competitors, and new technology that may impact the way the company's products are sold or distributed; changes in operating costs, including the effect of changes in the company's manufacturing processes, changes in costs associated with varying levels of operations and manufacturing capacity, availability of raw materials and energy, the company's ability to mitigate the impact of fluctuations in raw materials and energy costs and the effectiveness of its surcharge mechanism, changes in the expected costs associated with product warranty claims, changes resulting from inventory management, cost reduction initiatives and different levels of customer demands, the effects of unplanned work stoppages, and changes in the cost of labor and benefits; the success of the company's operating plans, announced programs, initiatives and capital investments and ability to maintain appropriate relations with unions that represent its associates in certain locations in order to avoid disruptions of business; unanticipated litigation, claims or assessments, including claims or problems related to intellectual property, product liability or warranty, and environmental issues and taxes, among other matters; the availability of financing and interest rates, which affect the company's cost of funds and/or ability to raise capital, including the ability of the company to refinance or repay at maturity the remaining balance on the convertible notes due June 1, 2021, the company's pension obligations and investment performance, and/or customer demand and the ability of customers to obtain financing to purchase the company's products or equipment that contain its products; the amount of any dividend declared by the company's Board of Directors on the company's common shares; and the overall impact of pension and other postretirement benefit mark-to-market accounting. Additional risks relating to the company's business, the industries in which the company operates, or the company's common shares may be described from time to time in the company's filings with the SEC. All of these risk factors are difficult to predict, are subject to material uncertainties that may affect actual results and may be beyond the company's control. Readers are cautioned that it is not possible to predict or identify all of the risks, uncertainties and other factors that may affect future results and that the above list should not be considered to be a complete list. Except as required by the federal securities laws, the company undertakes no obligation to publicly update or revise any forward-looking statement, whether as a result of new information, future events or otherwise.