Can You Make Money With Penny Stocks? 4 To Watch After The Election

Are you already putting together a list of penny stocks to watch for tomorrow? I’m sure if you’re like plenty of other traders right now, there’s one on your mind.

What Happens To The Stock Market After The Election?

If you’re brand new to the market, then this is the first Presidential Election you’ve been part of. All I’ll say is buckle up and get ready. If the last election race is any gauge of what the market has in store, we can look for at least one thing and that’s volatility. So far, there’ve been no signs of sway in favor of one candidate or another. However, keeping an eye on futures might be the best bet for monitoring the play-by-play as results come out on Tuesday night and possibly Wednesday morning.

Needless to say, having a list of stocks to watch can’t hurt. A few of the favorite sectors that’ve played well off of recent volatility include biotech, cannabis, technology, and even consumer staples. We’ve also got plenty of financial data to digest even after the election concludes.

Then you can’t also forget the rising COVID cases that’ve started to place a stranglehold on certain global economies once again. If the Presidential Election wasn’t a catalyst for volatility, then there’s plenty of other things to factor in this week. Keeping this in mind, here are 4 penny stocks to watch after the Election.

GT Biopharma Inc. (GTBP Stock Report) has been on our list of penny stocks to watch frequently. Since the end of September, GTBP stock has climbed as high as much as 28%. This move hasn’t come without its own series of catalysts. First, GT is an immunotherapy company targeting myriad cancers through utilizing its TriKE treatment platform. A few weeks back the company gave an update on the dosing of one of its trial patients.

Whenever we discuss biotech penny stocks, it’s important to monitor top-line results, of course. However, intermediate data can also give a glimpse into the progress or lack thereof. In GT’s case, the Dose Level 3 patient in its trial for GTB-3550 in acute myeloid leukemia was shown to be well tolerated. Furthermore, the dose level was observed to have decreased AML blast levels from 18% to 12% in the bone marrow. The patient also experienced an improvement in marrow cellularity. This was just one of several key milestones GT Biopharma revealed over the last few weeks.

What To Watch With GTBP Stock

GT Biopharma’s GTB-3550 interim results were chosen for presentation at the upcoming American Society of Hematology Meeting. So this will be something to keep in mind that could shed some light on where its GTB-3550 Trial stands. Furthermore, the progress being made with its TriKE platform specifically are noteworthy. 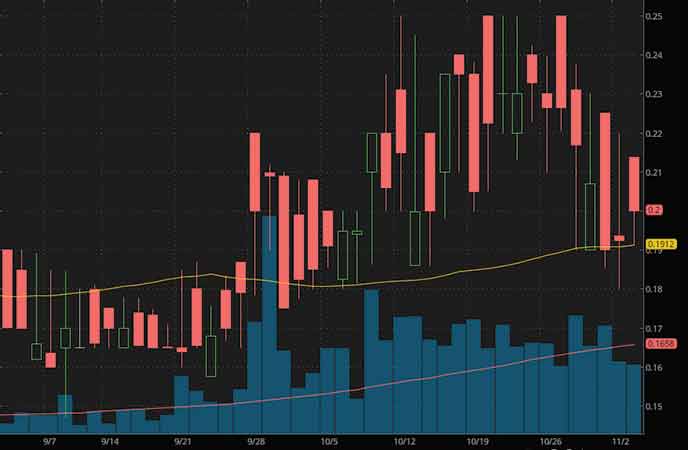 Digirad Corporation (DRAD Stock Report) was actually one of the penny stocks we took a look at in early March. As a matter of fact, it was one of the biggest runners of the month that month. Shares of DRAD stock jumped from around $2.50 to highs of nearly $9 within a few days. What was the catalyst? The move came after the company released earnings. While that’s great for traders in March, DRAD stock has since come back down to its $2.50 level.

What To Watch With DRAD Stock

Once again Digirad is back on watch following headlines. After the close on Tuesday, the company announced entry into a stock purchase agreement to sell its DMS Health Technologies business unit. According to terms of the deal, the sale price is expected to be $18.75 million and close before next January.

This business unit was focused on mobile healthcare. Last year, the company said that this unit was credited with generating over $40 million in revenue or roughly 40.1% of the total revenue of its Healthcare division. Matt Molchan, Digirad’s CEO, said, “The divestiture of DMS Health will allow us to streamline our portfolio of healthcare services by focusing our efforts on selling and servicing our Digirad branded solid-state imaging cameras and providing on-site imaging services to hospitals and physicians all over the country.”

Those who are familiar with DRAD’s breakout in March could be looking at this cautiously. Considering the gap up during after hours trading, will the uptrend continue or is another big pullback coming after the election? 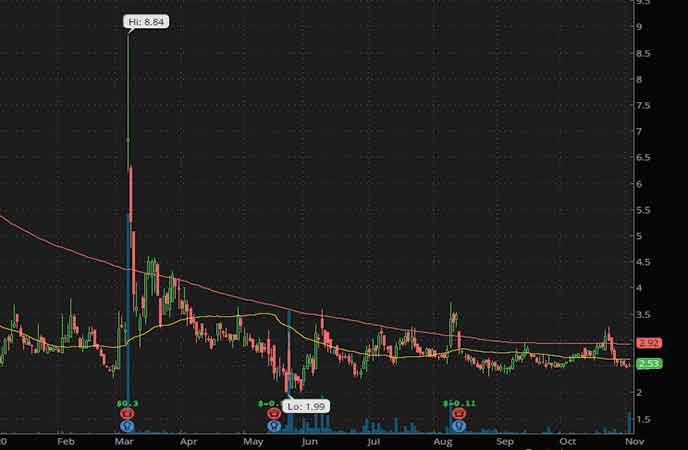 When you talk about election stocks, you can’t count out speculative sympathy. What I mean by this is that there’s a lot that comes along with the latest political jockeying. That is especially true this year and civil unrest is a big part of that. In light of that being an actual trend, we’ve seen an uptick in companies with exposure to surveillance and security. Digital Ally, Inc. (DGLY Stock Report) has remained a standout in this niche. Thanks to its positioning in tech, the company’s body-worn camera products make this one of the security & surveillance penny stocks to watch.

What To Watch With DGLY Stock

Tuesday morning the company sent out a tweet that stoked some early momentum in the market. It also helped maintain the speculative momentum that DGLY stock has seen for the last week or so. The tweet read, “Digital Ally’s body-worn cameras and EVO-HD in-car video systems seamlessly connect, giving officers multiple viewing angles in sync when reviewing critical video evidence.”

Aside from previously closed deals with numerous law enforcement departments, the company announced an upgrade order for body cams at the end of October. The multi-year upgrade for Suwanee Police Department in Georgia will see the company provide body cams and in-car systems. However, heading into this week, DGLY stock is likely benefiting from more speculation ahead of the election than anything else. Will that continue as the case heading into the second half of the week? 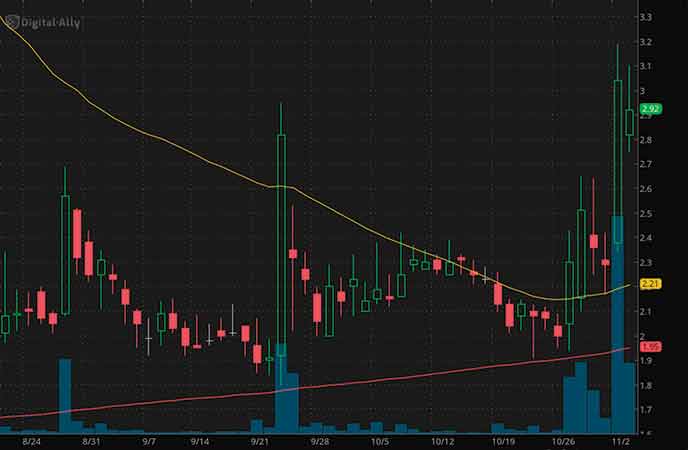 Federal National Mortgage Association (FNMA Stock Report) hasn’t been a penny stock we’ve talked about for quite some time. That’s mainly due to the general limbo that the organization has sat in for the last few months. But now, a lot could be up for grabs or to be desired depending on the outcome of Tuesday’s Presidential election. The candidates have very different stances on the future of the government’s role in the mortgage market.

What To Watch With FNMA Stock

For the most part, shareholders are simply bystanders right now. Profits generated by the holdings have been passed directly to the Treasury to pay back the government. While the outcome is still uncertain as to the Presidential race, there are a few things to consider right now.

The main thing is what’s set to happen in the coming weeks. Last year, investors in Fannie Mae and Freddie Mac pushed the Court of Appeals to rule against the structure of the FHA itself. Fifth Circuit Court rules that the structure of the FHFA was unconstitutional. Now the case is set for a hearing by the Supreme Court in just weeks. While things could get volatile for FNMA – and FMCC for that matter – depending on the outcome of the election, it could be one of the penny stocks to watch. 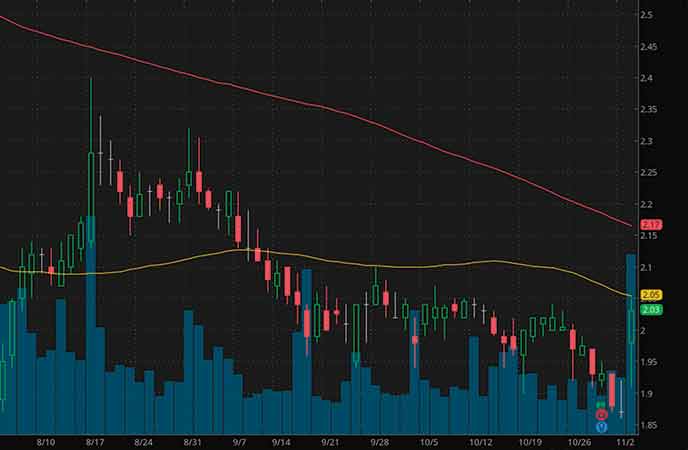