Penny stocks generally trade below $5 according to the SEC’s definition of penny stocks. It allows an investor with the opportunity to buy them in bulk. Hence, if the stock moves up then there is a possibility of making significant profits from a relatively small investment. But this doesn’t mean to just buy random stocks for no reason.

There is some finesse that goes into finding penny stocks to buy. What I mean by this is you need to do research. It’s not just for finding out a company’s most recent news or updated filings.

Research is also useful when trying to identify potentially more sustainable trends. This helps when people look for things like swing trade opportunities. Seasoned traders often talk about ‘momentum investment’. That works in the case of penny stocks as well. This is unlike swing trading.

Momentum trading involves buying and selling penny stocks based mostly on technical indicators first and then looking at fundamentals second to identify a potential catalyst for momentum. Whatever the case is or whatever your trading style may be, it’s good to do some research before making the decision to buy penny stocks. On that note, here is a look at three penny stocks that are gaining momentum. 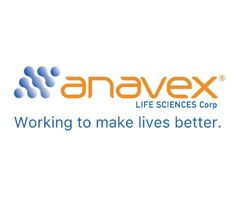 One of the penny stocks that gained significant momentum on Wednesday was Anavex Life Sciences Corp (AVXL Stock Report). The company made a major announcement yesterday with regards to its Alzheimer’s medication. Anavex stated that experimental middle stage treatment with the product showed the rate of cognitive decline in patients had been lowered.

Later this week, the company is going to present the interim data at the Clinical Trials On Alzheimer’s Disease conference. It goes without saying that it is a significant development for Avanex and the market thought so as well. AVXL stock showed great momentum and soared by as much as 40% on the back of the news.

Investors could track this stock closely over the coming days especially considering that the price hasn’t consolidated after such a large move. In fact, shares of AVXL continued to trend during Thursday’s premarket session. 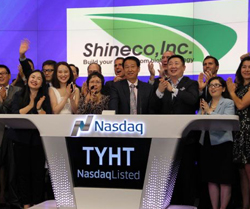 Another penny stock that gained significant momentum on Wednesday was Shineco Inc (TYHT Stock Report). The Chinese herbal medicines company is involved in organic agriculture and the production of special textiles. Shineco made a major announcement on Wednesday. The company entered into a deal with Chinese hemp textiles producer, Shanxi Oasis Textile Co Ltd. The specifics of the deal include an 82,348 acres hemp fiber preliminary processing sales framework.

The deal is a hugely significant one for Shineco and the market seemed to believe the same as the stock started climbing. TYHT stock gained as much as 68% since the beginning of the week. In response to the developments, Mr. Yuying Zhang, Chairman and Chief Executive Officer of Shineco, commented, “Shineco officially entered into the industrial hemp industry this year and first established a CBD-based product system in Heilongjiang Province, China. Now we have integrated the industrial hemp resources in Shanxi Province and established SCHT to gradually achieve comprehensive use of industrial hemp.” 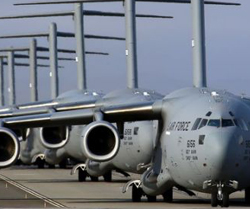 Last but not least, Ability Inc (ABIL Stock Report) is another stock that made impressive gains this week. The company is involved in providing strategic communications intelligence solutions. Earlier this week, Ability announced that it signed new contracts back on November 29. Its wholly-owned subsidiary, Ability Computers and Software Industries Ltd, entered into fresh contracts for providing interception solutions.

[Read More About ABIL] Are These Penny Stocks To Buy Or Sell Right Now? 1 Up 100% This Week

The company said that it expects to receive fees in aggregate of “up to $9 million.” Anatoly Hurgin, the Company’s Co-Founder and Chief Executive Officer, commented: “We are encouraged by the ongoing interest in our solutions, and we are hopeful that this interest will translate into additional transactions in the future”.

The penny stock has rallied as much as 110% since the beginning of the month. But can that continue or is ABIL stock setting up to consolidate from these highs?