By: TechCrunch
Uber has partnered with bicycle sharing platform Yulu in India as it looks to grab a piece of the growing e-bikes market that are increasingly posing a challenge to taxi services in the nation. The San Francisco-headquartered firm, which is expected to go public later this week, said it will provide its users in Bengaluru with […]

Uber has partnered with bicycle sharing platform Yulu in India as it looks to grab a piece of the growing e-bikes market that are increasingly posing a challenge to taxi services in the nation.

The San Francisco-headquartered firm, which is expected to go public later this week, said it will provide its users in Bengaluru with Yulu’s e-bikes and bicycles as part of a pilot. The announcement, financial details of which were not disclosed, comes days after users in Bengaluru began to spot Yulu’s e-bikes and bicycles options in Uber app. Uber did not say what it intends to do after the pilot.

Bangalore-based startup Yulu, which was launched by InMobi cofounder Amit Gupta, operates about 500 e-bikes and 4,500 bicycles on its platform. The two-year-old startup has raised about $7 million in funding from a number of big profile names including Blume Ventures, 3One4 Capital, Flipkart cofounder Binny Bansal, and Freshworks cofounder Girish Mathrubootham.

Today’s announcement, one of the handful it has made in India in last one year, comes as future of Uber’s business in the country appears clouded with uncertainty, a person familiar with the matter said. The service, still available in under three-dozen cities, competes with Ola, which has presence in over 100 cities. Amit Jain, who ran Uber India and was promoted to oversee the company’s APAC business last year, left the company last month.

Uber, which once committed to investing $1 billion in India and which has left Southeast Asia market after selling the local business to Grab, appears to have put its foot off the paddle in the APAC region. It said Pierre-Dimitri Gore-Coty, who heads the firm’s EMEA business, will replace Jain to oversee the APAC business. 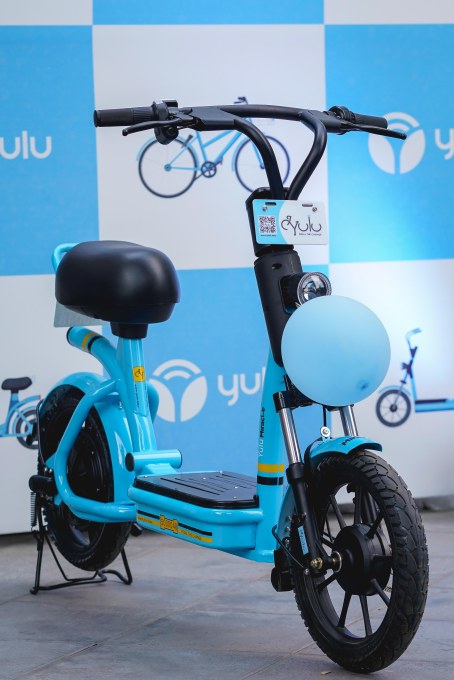 Ola has also made bigger bets on e-bikes. The company, which like Uber is backed by SoftBank, invested $100 million in scooter rental startup Vogo late last year. Vogo, which operates in Bengaluru and Hyderabad, said it will use the capital to add an additional 100,000 scooters to its platform.

Vogo competes with Bounce, which offers more than 6,000 bikes. The market of two-wheelers has grown in India despite the proliferation of taxi services in the country in recent years. With major cities in India grappling with ever growing traffic issues, the future of two-wheelers seems brighter than ever. 2019 could be the year when e-bikes gain serious momentum in the nation, Jayanth Kolla, an analyst with research firm Convergence Catalyst said.

In a statement, Uber said Yulu’s e-bikes can clock up to 25km/hr, something which is “faster than your average traffic speed.” The other charm of Yulu’s e-bikes is that like other e-bikes, users don’t need to get a license to ride one of these. Those who participate in the pilot program will be able to avail Yulu’s e-bikes by unlocking a QR code from the Uber app.

“Along with being environment and traffic friendly, these self-ride e-bikes are also pocket friendly, taking into account the varying needs and budgets of the consumer,” the company said in a statement. “We understand that the push towards electrification has to be multi-modal, and the collaboration with Yulu only goes to demonstrate the intent therein.”