By: TechCrunch
Pan-African e-commerce company Jumia filed for an IPO on the New York Stock Exchange today per SEC documents and confirmation from CEO Sacha Poignonnec to TechCrunch. The valuation, share price, and timeline for public stock sales will be determined over the coming weeks for the Nigeria headquartered company. With a smooth filing process, Jumia will […]

Pan-African e-commerce company Jumia filed for an IPO on the New York Stock Exchange today per SEC documents and confirmation from CEO Sacha Poignonnec to TechCrunch.

The valuation, share price, and timeline for public stock sales will be determined over the coming weeks for the Nigeria headquartered company.

With a smooth filing process, Jumia will become the first African tech startup to list on a major global exchange.

Poignonnec would not pinpoint a date for the actual IPO, but noted the minimum SEC timeline for beginning sales activities (such as road shows) is 15 days after submitting first documents. Lead adviser on the listing is Morgan Stanley .

There have been numerous press reports on an anticipated Jumia IPO, but none of them confirmed by Jumia execs or an actual SEC, S-1 filing until today.

Jumia’s move to go public comes as several notable consumer digital sales startups have faltered in Nigeria — Africa’s most populous nation, largest economy, and unofficial bellwether for e-commerce startup development on the continent. Konga.com, an early Jumia competitor in the race to wire African online retail, was sold in a distressed acquisition in 2018.

With the imminent IPO capital, Jumia will double down on its current strategy and regional focus.

“You’ll see in the prospectus that last year Jumia had 4 million consumers in countries that cover the vast majority of Africa. We’re really focused on growing our existing business, leadership position, number of sellers, and consumer adoption in those markets,” Poignonnec said.

The pending IPO creates another milestone for Jumia. The venture became the first African startup unicorn in 2016, achieving a $1 billion valuation after a $326 funding round that included Goldman Sachs, AXA, and MTN. 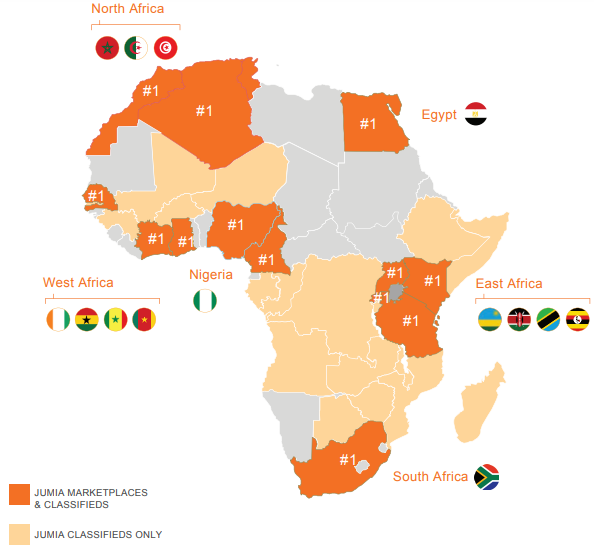 Starting in Nigeria, the company created many of the components for its digital sales operations. This includes its JumiaPay payment platform and a delivery service of trucks and motorbikes that have become ubiquitous with the Lagos landscape.

Jumia has also opened itself up to traders and SMEs by allowing local merchants to harness Jumia to sell online.  “There are over 81,000 active sellers on our platform. There’s a dedicated sellers page where they can sign-up and have access to our payment and delivery network, data, and analytic services,” Jumia Nigeria CEO Juliet Anammah told TechCrunch.

The most popular goods on Jumia’s shopping mall site include smartphones (priced in the $80 to $100 dollar range), washing machines, fashion items, women’s hair care products, and 32 inch TVs, according to Anammah.

E-commerce ventures, particularly in Nigeria, have captured the attention of VC investors looking to tap into Africa’s growing consumer markets. McKinsey and Company projects consumer spending on the continent to reach $2.1 trillion by 2025, with African e-commerce accounting for up to 10 percent of retail sales.

Jumia has not yet turned a profit, but a snapshot of the company’s performance from shareholder Rocket Internet’s latest annual report shows an improving revenue profile. The company generated €93.8 million in revenues in 2017, up 11 percent from 2016, though its losses widened (with a negative EBITDA of €120 million). Rocket Internet is set to release full 2018 results (with updated Jumia figures) April 4, 2019.

Jumia’s move to list on the NYSE comes during an up and down period for B2C digital commerce in Nigeria. The distressed acquisition of Konga.com, backed by roughly $100 million in VC, created losses for investors, such as South African media, internet, and investment company Naspers . 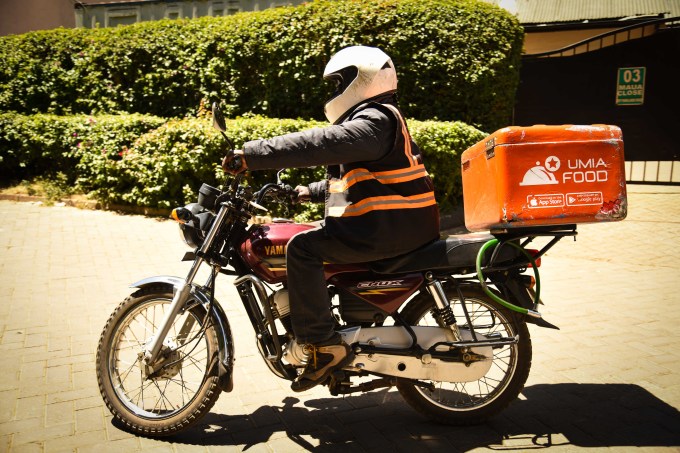 As demonstrated in other global startup markets, consumer focused online retail can be a game of capital attrition to outpace competitors and reach critical mass before turning a profit. With its unicorn status and pending windfall from an NYSE listing, Jumia could be better positioned than any venture to win on e-commerce at scale in Africa.