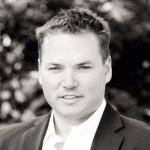 Travis VanderZanden. If you’ve been following the fast-changing transportation industry, it’s a name that may sound familiar. Until September 2016, VanderZanden was VP of growth at Uber and before that, COO of its fierce rival Lyft, which had acquired his on-demand car wash company, Cherry, in 2013. It was a dramatic few years for VanderZanden, once he joined the ride-hailing race.… Read More
Read More >>
Related Stocks:
Digital Turbine Tucows Inc Cl A
Data & News supplied by www.cloudquote.io
Stock quotes supplied by Barchart
Quotes delayed at least 20 minutes.
By accessing this page, you agree to the following
Privacy Policy and Terms and Conditions.